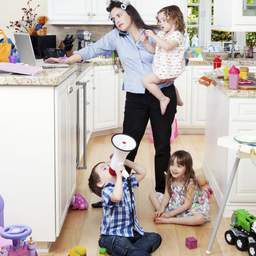 Not sure where to post this but I needed to vent

I called dss on my best friend and her kids were taken pretty much as soon as they walked in the front door and saw her house. Well technically my mother called. I was with my friend because she needed me to baby sit and I couldn’t call because she was in the room so I sent my mom everything she needed to tell them and they showed up within 20 minutes of the phone call while I was still there and before my friend left for work. She doesn’t know it was me and I feel like complete crap over it even though I know it was a matter of her children’s safety. Her house is beyond disgusting. What little food that is in the fridge is expired. They have nothing in the pantry. Their bathroom (toilet, bathtub, sink) is black. Not sure if it’s mold or what. They have animal poop and pee all over the house just covered up with paper towels. Her children sleep on mattresses that used to be white and are now black. There is rotting food and food containers all over the house. It was honestly hard to breathe when I walked in. I’ve cleaned her house so many times but it’s even worse now. While I was there a watched a roach crawl across the infant. And there were bugs in his powdered formula🤢 I know I did what I had to do because she wasn’t going to change but watching her kids scream while they put them into the back of that van broke me more than I thought. I hate thinking of them staying with strangers I wish this was easier.

Editing to add this. For the person who doesn’t believe me. I cleaned her house every few weeks for about a year but I went through some health issues and wasn’t able to help her out for 6 months. I didn’t know the house was this bad until I walked in the front door and saw it. My post is anonymous because I know a lot of people who use glow and while the chance they would see this is low I’m doing it to protect myself. Also no I didn’t post about contemplating if I should call or not. I knew as soon as i walked in her door it needed to be done