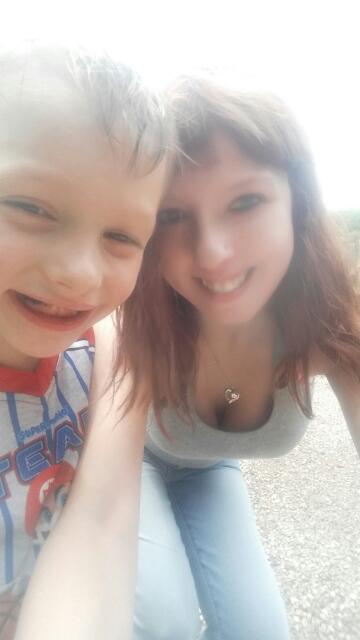 Cervical Mucus throughout the cycle

Immediately following menstruation there is usually a dry vaginal sensation and there is little or no cervical fluid.

After a few days of dryness, there is normally a cervical fluid that is best described as "sticky" or "pasty" but not wet. While this kind of cervical fluid is not conducive to sperm survival these days may be considered as "possibly fertile" if found before ovulation.

Following these "sticky" days, most women generally notice a cervical fluid that is best described as "creamy". This fluid may be white, yellow or beige in color and has the look and feel of lotion or cream. At this point the vagina may feel wet and this indicates possible increased fertility.

The most fertile cervical fluid now follows. This most fertile fluid looks and feels like raw egg white. It is slippery and may be stretched several inches between your fingers. It is usually clear and may be very watery. The vagina feels wet and lubricated. These days are considered most fertile. This is the fluid that is the most friendly and receptive to sperm. It looks a lot like semen and, like semen, can act as a transport for sperm. 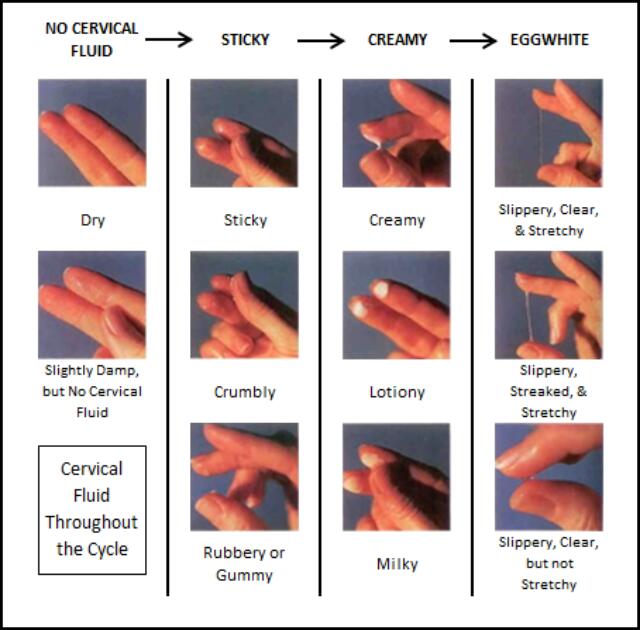 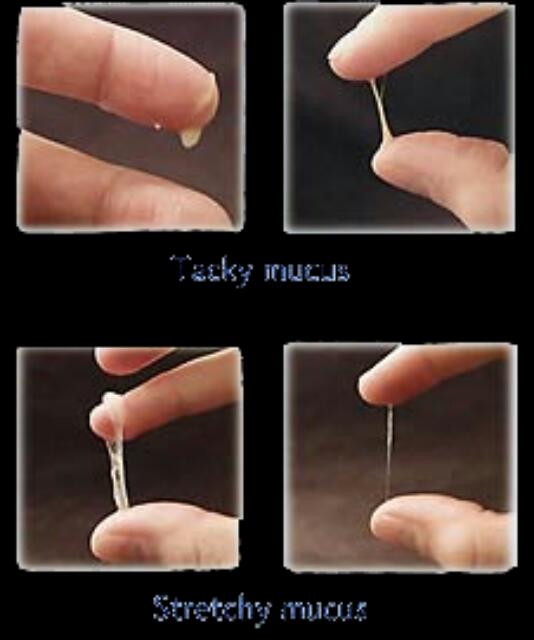 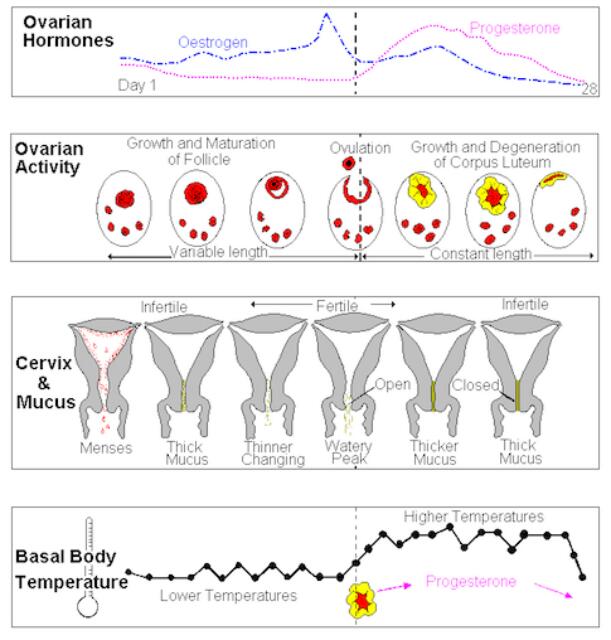 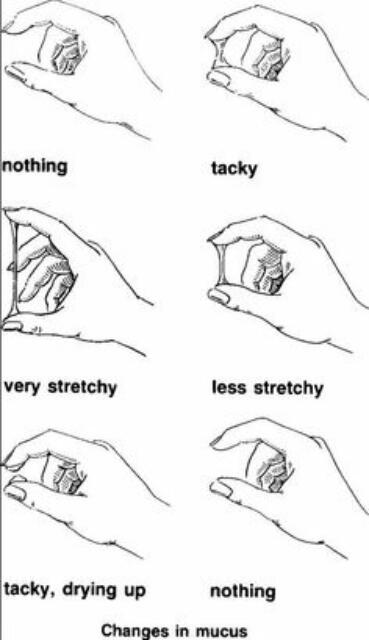 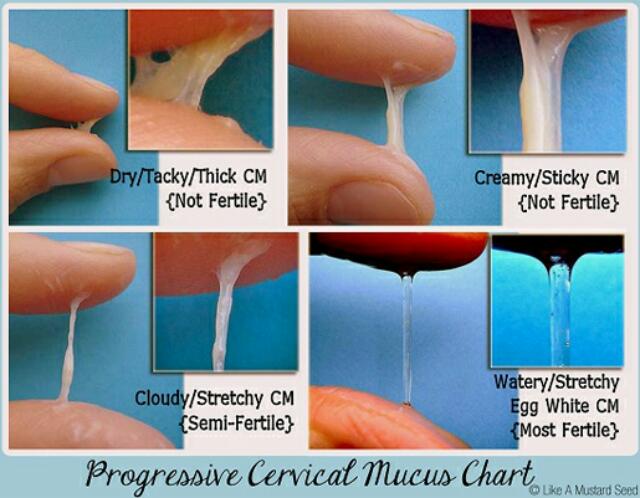