I don’t think I’m in the wrong here

So backstory. I haven’t seen my boyfriend in almost two weeks & I had the opportunity to see him today so I invited him over. He spent the last week hanging out with his friends and we didn’t see each other & when it came time for me he kept saying he was broke. He told me he would come, I got ready, super excited and then he told me no. Of course I have the right to feel sad and upset but whenever I do, he gets so fucking pissed off at me for feeling sad. This was his response to me when I told him I got upset:

He tells me that he’s not in the wrong here, I absolutely don’t think I’m in the wrong in this situation. He says he’s too broke for me, I have literally never spent a single dollar of his. He never buys me food, everything between us has been 50/50 & that’s why I call bullshit on it, he shares his expense info with me so I know he could afford to put in some gas. He’s just making excuses and then proceeded to make me feel like absolute shit. He’s breaking my heart 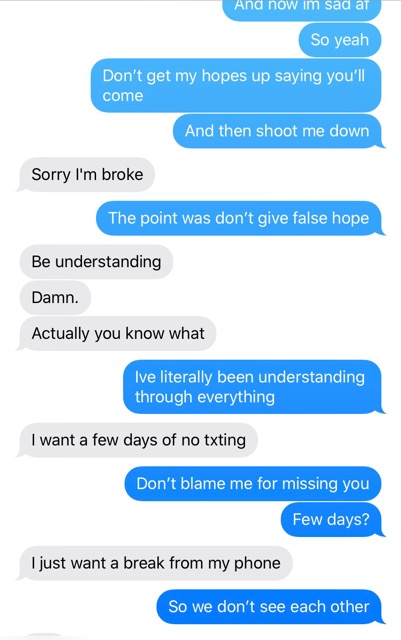 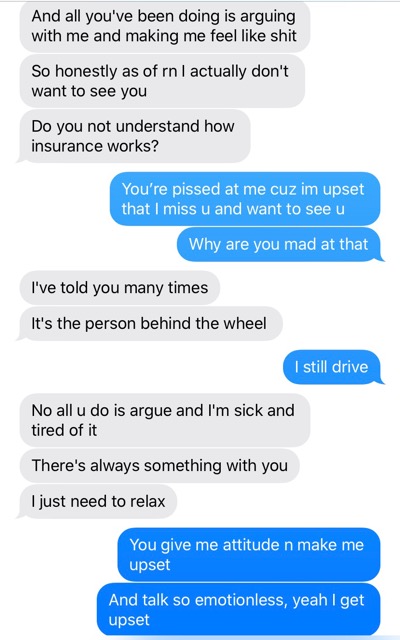 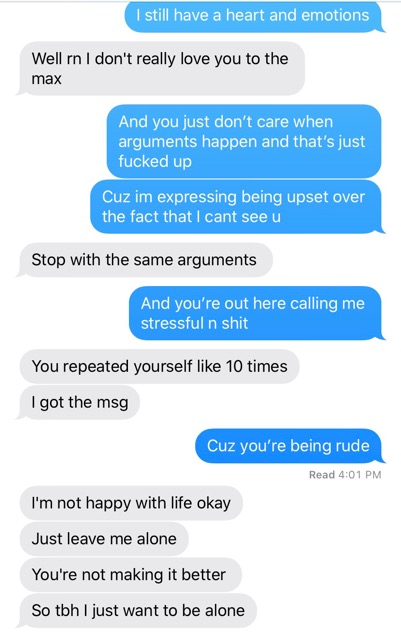 What I said: I’m upset cuz I miss you & don’t get my hopes up next time

- I don’t wanna text you for a few days

- I don’t have time for you

- You’re not making life any better