Hello all you beautiful Mamma's,

I'm reaching out for support as I believe I may be pregnant again after our first pregnancy ended in a miscarriage earlier this year.

I found out I was pregnant on April 2nd, the day after my grandma passed away. Had a "pregnancy confirmation" appointment on April 29th, saw the little babe and the flickering heartbeat.

On May 27th I found out I had a MMC somewhere between 6-7 weeks. Opted to take misoprostol since I should have been 10 weeks pregnant when I learned there was no more baby. I took the pills on a Thursday night and all had passed by Friday morning. I had a follow up appointment 3 days later, ultrasound confirmed all had passed and we could try again after one cycle.

Well... One month later I ended up in the ER only to find out I actually didn't pass everything from my pregnancy. A couple days later I had a D&C scheduled (took place on June 30th) and then FINALLY confirmed I was 100% good to go.

Period came back like clockwork! A couple days earlier than Glow predicted, buts that's to be expected. I took a test this past Friday because I had a UTI and needed antibiotics. The test was a clear negative, absolutely no sign of a second line.... Well now today is Monday, 2 days from (what should be) the start of my period and this is was I see as of 8:20pmEST.

I'm terrified! Terrified that this is a joke... Like it will end up being a chemical or the antibiotic I took somehow caused a false positive. I want to be as excited as I was last time but I am just scared it will end in heartbreak again.

Fingers crossed this is it, that this is our health pregnancy and we will welcome a beautiful baby in April/May of 2021.🤞🤞🤞 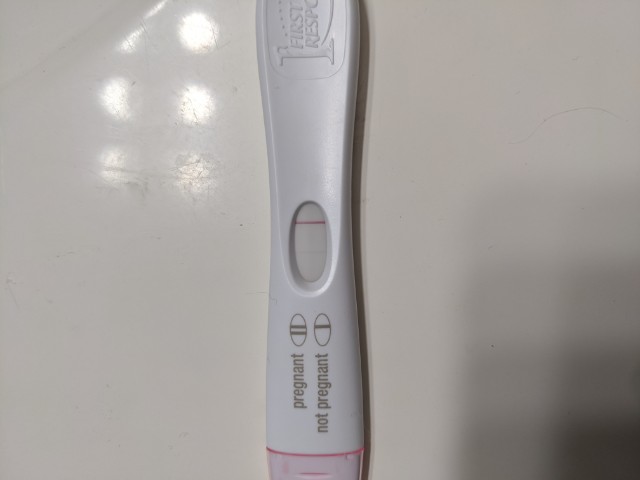