AF is usually very regular and heavy and was set to come this past Sunday but instead I began a light bleeding from Friday to Monday. Yesterday I took a Walmart brand early response test (blue dye) that showed a faint, but clearly there second line. This morning I took another of the tests and got a faint second line but slightly darker than the day before so I went ahead and used one of the dollar store tests (pink dye) this afternoon and it showed a clear negative. Evaporation lines/false positive, or false negative with the cheaper test? What do you think? Could it have been I tested too late in the day for the cheap test to detect?

Top pic is from yesterday morning and bottom pic was this morning. I tossed the one from this afternoon because it appeared 100% negative. 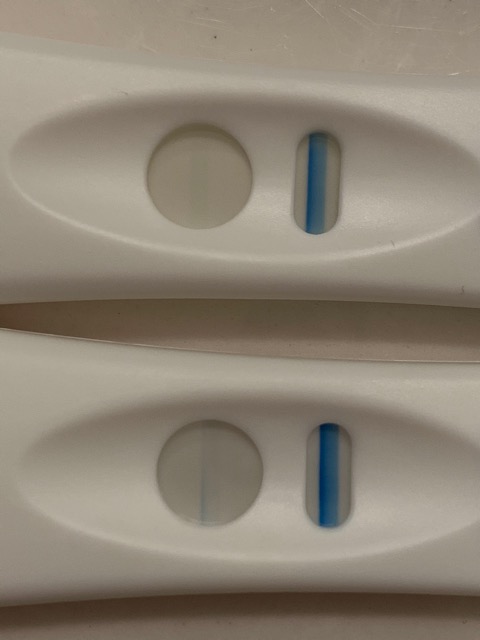