We’re not together I’m getting tired of this..

I recently broke up with my boyfriend/child’s father because it got to a point where i was just mentally and physically tired of everything he was doing plus he’s done a lot of things i just can’t take anymore nor forgive him for.

My ex was texting and calling non stop and i wasn’t in a rush to run to the phone.

The first thing he cared and asked about was me, the first thing he asked was what was i doing and who was i with as he always do, i told him i don’t have to answer to him because we’re not together and he then goes off for no reason.

He then loves to bring up our daughter as if he that’s why he really text me.

He knows he can FaceTime her and i even offered to drive so his family can her to be nice on thanksgiving he said no and i know his mom would be upset knowing he said no to me about bringing her.

Plus he loves bringing up my son and his father but he doesn’t know anything about that situation either, i have full custody of my son but due to the things that happened in the past i decided to let him stay with my mom and her fiancé and i always go over to see him,my son ask to come over and i let him i just know after everything that happened he’s better over there mentally, it’s times where he doesn’t want to go back to grandma so i let him stay longer.

These are the messages i received last night because i didn’t answer his text or calls in time because i was busy fixing me and our daughter something to eat along with cleaning...

I have our daughter 24/7 so i refuse to rush to answer a text.

Plus everything that happened in this text is my fault because i refuse to tell him what i was doing even though we’re not together. 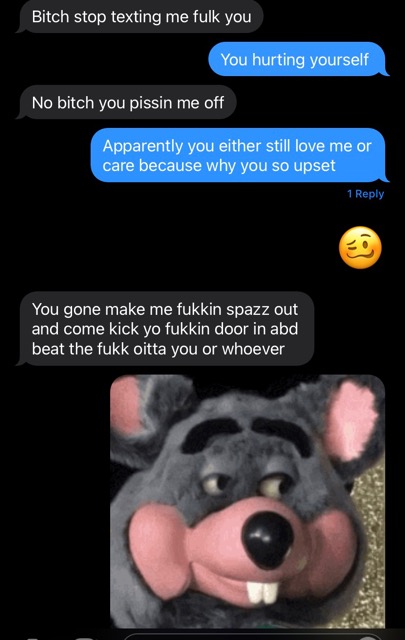 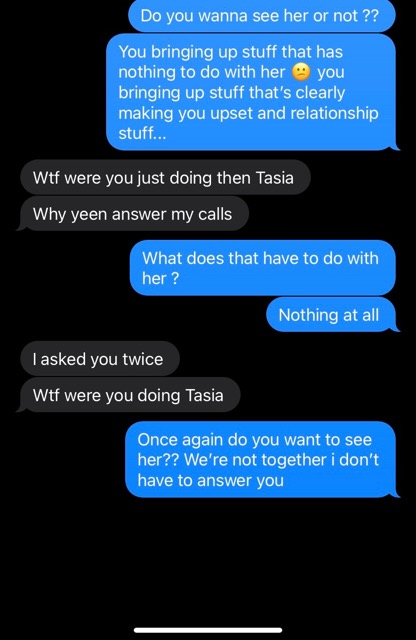