Okay.. my guy and I had been having sex nonstop but he would use condoms and the pullout method together. The last few times, he had gotten comfortable and just stopped checking the condom after sex. He called about 2 weeks ago and asked if I had received my period (which I hadn’t). I typically get my period anywhere from the 25th until now (the 31st)... here’s the 31st and I have not received it yet.

I’ve been really moist, nauseous, tired, and had extreme migraines. My roommate cooked last night and the smell made me sick. Last week, it felt like i peed myself/or started my period. I looked down and nothing but slight discharge (watery and a little milky) but I thought it was ovulation. The following Monday, I use the restroom and this discharge came out thicker than ever before and I had already had this discharge once already a week before (i typically only have it once a month of course)

What do you guys think? Could it be pregnancy or PMS? Could I be overwhelming myself? 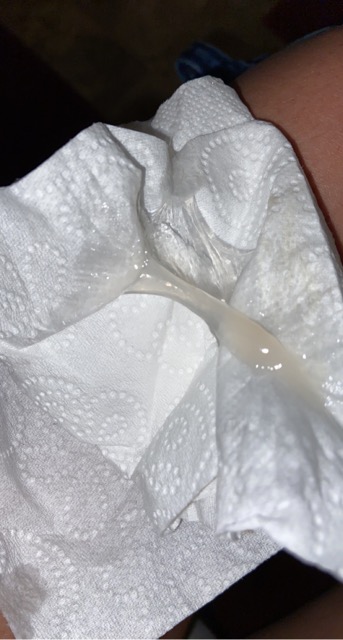