does this count as cheating or am i over reacting?

i’m 16 and i’ve been with my boyfriend for only two weeks. in the beginning i told him i was scared of starting another relationship again because of the amount of girls he already had snapping him in my last relationship i had been cheated on multiple times and we were together for 3 years. my current boyfriend always told me he would never want to put me in the same situation again and i trusted him. here i am 2 weeks into our relationship already crying over him because i found these messages on his phone: 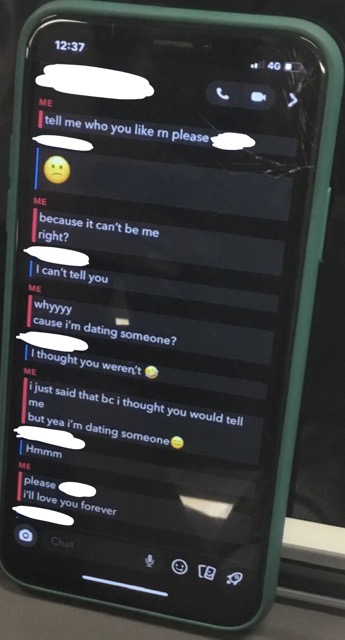 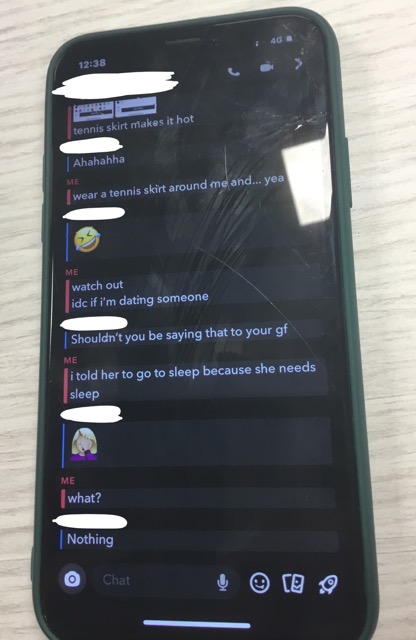 both were from the same day and that was literally the day after we started dating. i don’t know the girl i’ve never heard of her before. he even called her all the nicknames he calls me and it makes me feel like shit cause its like i’m just one of the many girls he has. he used to text her on instagram and told her to change her profile picture because he was gonna ‘act up’. (the profile picture was a full ass pic). he told me when we started dating that he blocked all of the girls but when i checked his blocked list there was no one there except one guy. 🤦‍♀️ he’ll text me but randomly leave for long amounts of time and the messages with this girl fill in the gaps for the times he was away from me.

he also tells his best friend all the private things we talk about and do… at least in my last relationship he had the respect for me that he thought it was no one else’s business what things we did together.

when i confronted him about it all he said that he didn’t know what i was going on about and that the messages were probably old as fuck but like i said, they were since we’ve been together and the messages he was sending his friend were from the weekend. he eventually told me he was sorry and that he realised he fucked up but i feel like he’s just saying that to get me back to normal.

i feel like i’m being too clingy and that i’m just thinking about this too far. all my friends think i should leave him because i dont deserve to be treated like this. i really do like him but i dont think i’ll be able to handle it if this continues. what should i do?