I’m really hoping someone has had something similar. This picture was actually when it was mild. I started getting this rash on my chest, back and face back in 2014. It started the week my grandfather died. He was a truly awful person, but I was still very upset when he passed. The only thing at the time that I could relate it to was when I ate pizza. It took me 3 years to get an answer. During that time, I had seen multiple specialists, and we came to the conclusion that it was a wheat allergy even though the test always came back negative. It was so bad that people would stop me on the street to tell me that I was having an allergic reaction bc of how red I would get. I started wearing a scarf everywhere I went.

In 2017, a doctor finally told me that it was a yeast allergic reaction which you can get from taking too much medication or medication for too long. We decided it was bc of my birth control, so I stopped taking it. I haven’t had any issues since. All my allergies went away- wheat, yeast, dairy intolerance, everything.

Has anyone ever had a rash that comes and goes from stress? It seems to flare up around stressful events, and my doctors still have no idea what it is. It’s 100% not acne. It doesn’t go away with yeast medicine like flucanozole, creams, benedryl or steroids. It’s not from environmental factors like detergent. 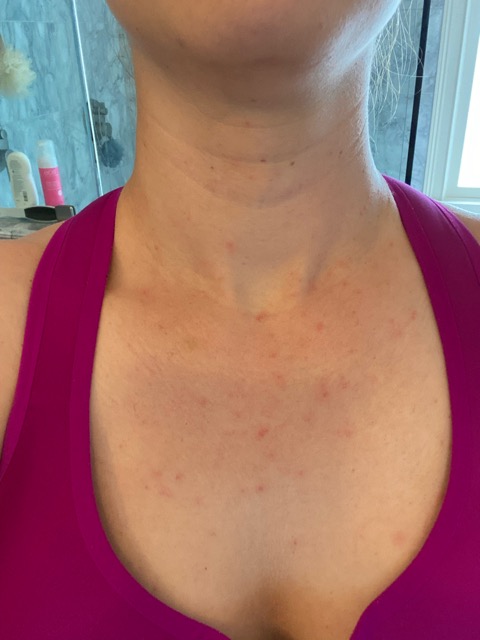