7 week old only naps on me.

Okay so...how can i get him to nap elsewhere? Iv tried carrying himin a sling (hr hates) , he hates his swing and the rockandplay. My husband wants me to let him cry it out and i cant do that. My son only naps on me.

I go back to work in a couple of weeks and I can't have him only napping if the babysitter is holding him...and now he wants to nurse himself to sleep..falls asleep with the bottle in his mouth. Iv tried switching to his paci and he spits that put and crys for the bottle again. Even after an hour to 2 hours prior he has ate 4 oz. When he nurses to sleep its only an oz or two.

I should add he eas2 diagnosed with acid reflux a little over a week ago. At 1 to 3 weeks he was napping on his own until 3 week growth spurt. Then he wa napping on his own. Few weeks later and he wa diagnosed with silent acid reflux and until the medicine started helping he was sleeping on mom..all he wanted was me which obviously is totally fine. Just the nursing to sleep is causing issues because with his avid reflux have to keep him semi upright for 20 to 30minutes and its getting so hard to do at night. 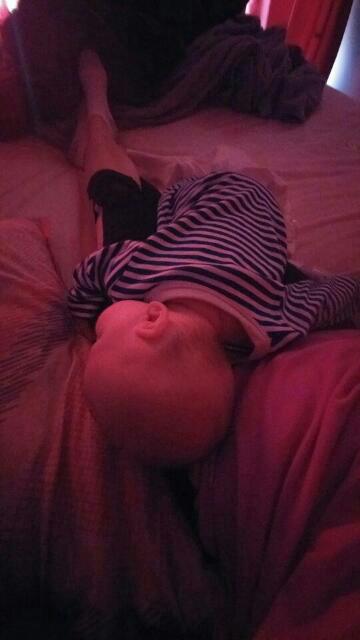