Hubby and I have been trying for 10 months for our first baby. Had to go on clomid because I was ovulating too late. AF was supposed to show up June 22nd and I took my first test late at night on the 23rd.

The line showed up when I still had the stick dipped in the cup!! Beyond excited but I keep pulling out the test to make sure my eyes aren't lying! Waiting until I have an ultrasound to tell the Hubby 🖤 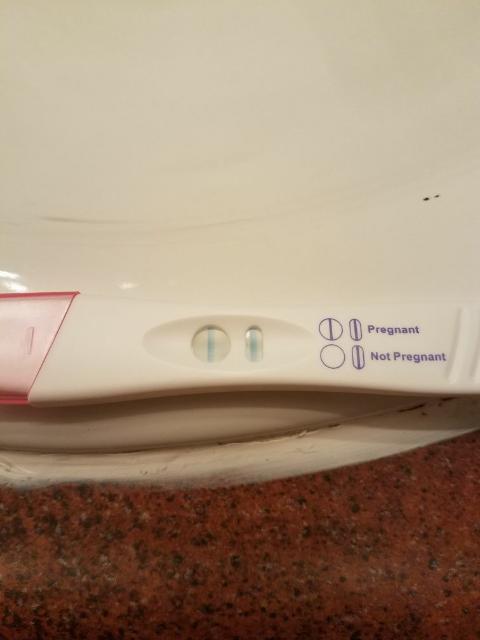