Do I still have the right to be upset? Sry long post!

So I've mentioned this a couple of times. Back in late March I was planning a combo bday party for my mom and I with gender reveal. I asked the sisters for help with food. I have 3 btw. One of them decided to flip on me bc I assumed she changed her mind on cupcakes and was bringing a salad. I then asked the other sister to bring cupcakes. That when all hell broke loose. 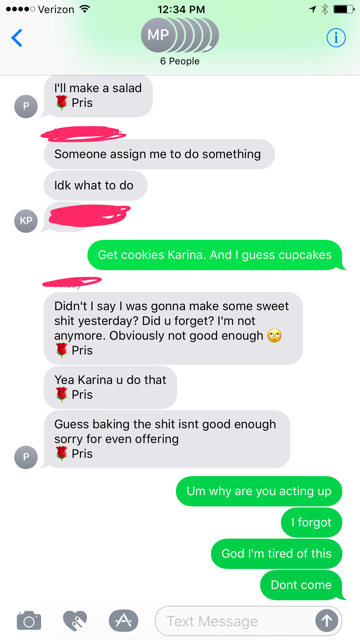 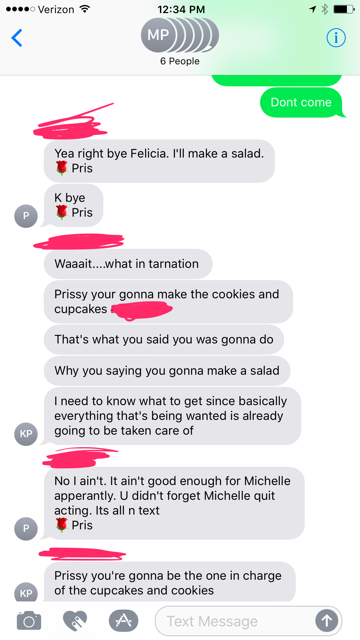 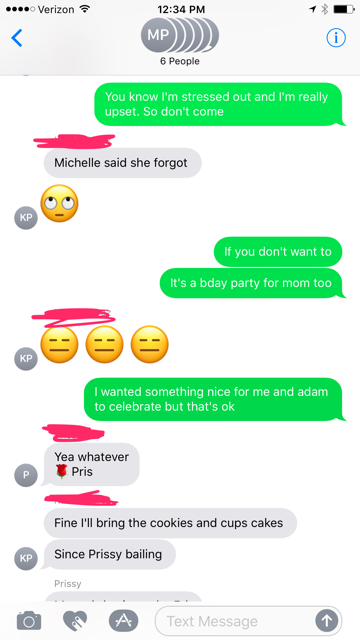 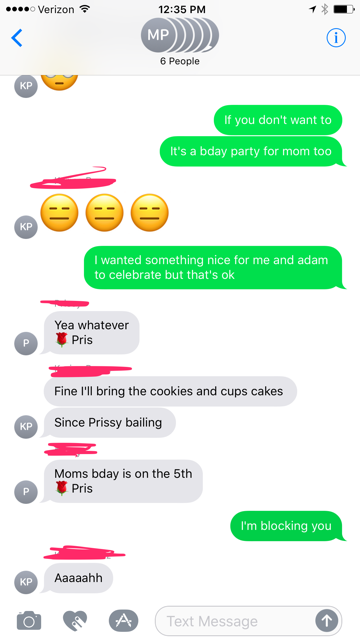 So as fucking ridiculous and senseless as it looks, she's a crazy idiot who doesn't know how to stop. So that's why I had to block her on social media bc I know how she is. Being pg I didn't want the stress.

Btw she never made that fucking stupid salad. I'm not even sure why the fuck she kept saying she would when I kept telling her not to even bother.

That was months ago and she hasn't apologized for shit. I sent her a baby shower invite and she made something excuse that the reason she didn't come was because of her 4 year old was acting up.

She visits my older sister nearly every weekend. She chose this Saturday to lie and say she couldn't come.

Whatever. This is all by communitcating through a mutual person. I haven't talked to her and she hasn't to me.

I'm 8 and a half months pregnant. This was the only time I felt like I would be more forgiving on her idiot tactics bc it runs deeper than this. I've always felt like she has been jealous or judging of me and how I have been extra precautious on my "perfect" life. I worked hard for it. She also has three babies by three different men and two have been bc she cheated with the men. So yeah, I'm the polar opposite but she had the audacity to preach and ask why at 29 yrs old were we having a baby. Don't we know how expensive and hard it is? I'm married with a career and home. But I didn't take anything from that. I know our situations are different so strugggling is all she knows. But idk why the fuck she thinks it's ok that she can just avoid her mistakes and take it out on me? Idk y she believes I owe her anything. Idk y I even care but this her only niece. She's first time aunt and I have to tell my baby one day, oh the reason why your aunt doesn't visit us or sees us is bc of cupcakes.

Either that or she's gonna try to visit while I'm in the fucking hospital and I'm not very keen of that idea right now. Fuck that.

Yeah I'm pregnant and hormonal but that is just stupid on her part.

Oh and if you're wondering why I sent her an invite? It's bc I told the other sisters I wasn't mad and I unblocked her bc I didn't want to drag it. She apparently agreed.

She has been sending baby products for my baby with the sister to give to me. Lots of clothes and stuff. Like a lot! So I just found it odd that she still keeps avoiding me. And to put the confusion in me. I'm extremely mad and upset with her! Not to mention I feel like a lot of her avoiding me is her stupid boyfriend. I'm just so done. What would you do if your sister did this? What would you do if they all of a sudden to skip your pregnancy and show up at the hospital to see your baby? What would you do if she decided to just brush it all aside and never do any of those things???!!!!!!!