Anyone else pregnant and recovering from anorexia? I'm 7 weeks and already struggling with thoughts again.

I know there is no such thing as a bump at 7 weeks, but even the bloat is overwhelming me. I'm a recovering anorexic. I never say "recovered anorexic" because I feel as if it's something we never truly overcome. It's a constant battle which has been magnified with my first pregnancy. I was 10 pounds heavier than normal at 145 when I became pregnant and as soon as I saw the word pregnant I was overjoyed. We've been trying with the aid of fertility treatments (which haven't helped with weight gain) for over a year. Now that I already see my body changing, it's bringing those thoughts knocking at the back of my brain again. I try to remind myself that my body is simply a casing for the most beautiful thing in the world: growing our child. Regardless, I still find myself stressing and worrying daily. I have not had the opportunity to exercise much either as the morning sickness has been brutal. Has anyone else been through this? What has helped you? How did you get past those thoughts? 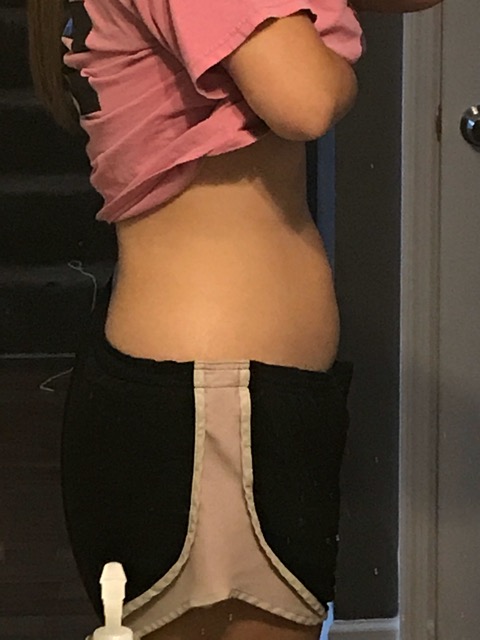