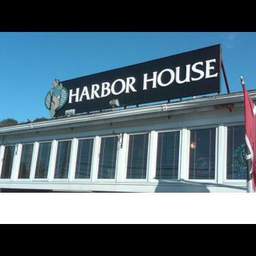 When do abusers move on?

I divorced my abusive ex husband this past June, moved out February before, so it's been 6 months since we've been a couple.

I left him after a particularly nasty fight (trigger ⚠️)that my friend who was staying with us and her two children walked in on him throwing our various bathroom decorations at me while I was screaming, bruised and bloodied, hiding behind the toilet. I felt so guilty that her kids had walked in on that, had had to witness that, that I knew I had to leave before my own potential children were party to the abuse. (End trigger ⚠️)

I had thought he was moving on okay, he has had extraordinarily limited contact with me and other than stealing money and threatening my parents and roommate, I was able to leave and file for a divorce. I chose to file as irreconcilable differences because I didn't want him to come after me for tarnishing his name (he hated being called an abuser).

We have almost no contact, aside from me sending his daughter gifts for her birthday (we were very close, I raised her for half her life). And I assumed he'd moved on/finally saw the error of his ways/I don't know.

Then I went drinking with a mutual friend. She proceeded to get absolutely hammered and then showed me texts from my ex husband- they've been talking EVERYDAY since the divorce- and almost every text is about me- what is she doing? Wearing? Drinking? Living? Who is she seeing? Hanging out with? Working with?

Additionally, he asks about my current boyfriend, where he lives, with who, what's he do, etc.

Perhaps the most disturbing thing is that my "friend" is telling him EVERYTHING.

My ex texts on and on about how he's the only one who can love me and he's so desperately in love with me and how he'll kill my boyfriend and use my step-daughter to "break" me.

So I guess what I'm asking is what do I do now? My "friend" insists she's just being Switzerland 🇨🇭 in my exs and I's divorce but to report my every move to my ex???

And when is he going to move on?

I've finally lulled myself into a comfortable existence without the abuse only to find he has every intention of getting back together- and what happens when he realizes that's not going to happen (because it's not)?

Who's going to pay for his rage? Me? My new boyfriend?