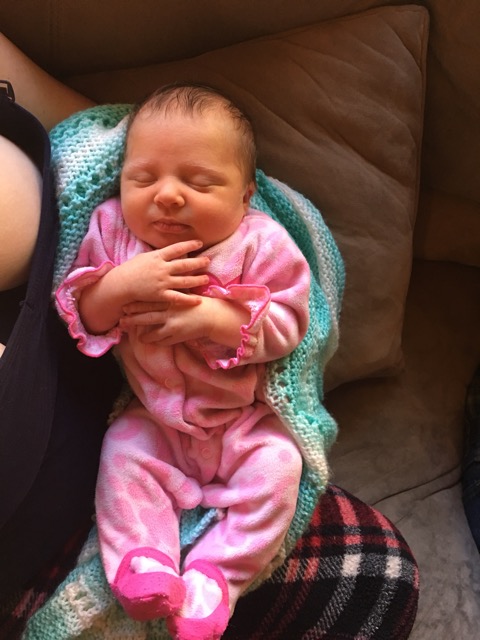 This is long, and I apologize for that!!

I finally have a chance to share my birth story from my second daughter. The two deliveries were incredibly different.

My first daughter, my water broke at 37+6 and she was born on 38 weeks after over 21 hours of labor and over 3 hours of pushing.

Well, I had gone in on Saturday, 10/8 and was put on the monitor for about 3.5 hours. I was dilated to a 2-3. I was told that I was in early labor and to come back if my contractions were to get worse. They had started the Wednesday before.

By Wednesday, 10/11, I was at work that morning (work as a Veterinary Technician) and was getting more intense contractions that would stop me in my tracks here and there. I was only in for a half day, as I was starting to cut back a bit due to a hernia and the constant contractions. When I left, I called my OB and they sent me to L&D; again to be checked.

I stopped and visited my 2 year old first just in case, and my MIL offered to bring me so I wouldn't be alone. She watches our daughter for us while we work. When I got there, I was a solid 3cm. They put me on the monitor for about 20 minutes and then I walked around. 2.5 hours later, I was 4cm. They still weren't convinced I was in active labor yet, but weren't ready to send me home (thankfully). They wanted to monitor me again for another 2 hours and check me again. At around 5:40pm, they still hadn't made it back in to hook me back up to the monitor, and they were going to be rechecking me between 6/6:30, so I hooked myself up again.

I was starting to have several contractions that were making me freeze as they were doubling me over. It was some pretty intense back labor, again. When they made it in to check me again, I was about a 5, so they decided to admit me and start my antibiotics (strep b positive again) and get 2L of fluids in me to rule out dehydration.

I was able to get one bag of antibiotics in, and just under 1L of fluids before I had to get the nurses back in because I was getting contractions bad enough I wanted to push. They checked me, and sure enough, I was 8/9 at this point! From there, it wasn't long! I really wanted an epidural and for my husband to be there, but we were waiting to figure out what was going to happen before having him come where we are also in the middle of moving.

A couple minutes later, I caved and HAD to push and my water didn't just break, it exploded! One of the nurses even mentioned there was a river by her 😂 From the point my water broke. It was only 13 minutes of intense back labor contractions and pushing, with lots of colorful language, and our second princess was here!

I can now say I have had a medicated delivery and a natural delivery as the anesthesiologist didn't make it in time. Neither did my husband though. He walked in 2 minutes after she was born, but still got to cut the cord shorter ❤️❤️

Oh, the nurses also joked with me that I'm incapable of going full term/40 weeks as our first was born at 38 weeks and this one was another week earlier! Lol As long as they are healthy, it's ok with me!! ❤️❤️ 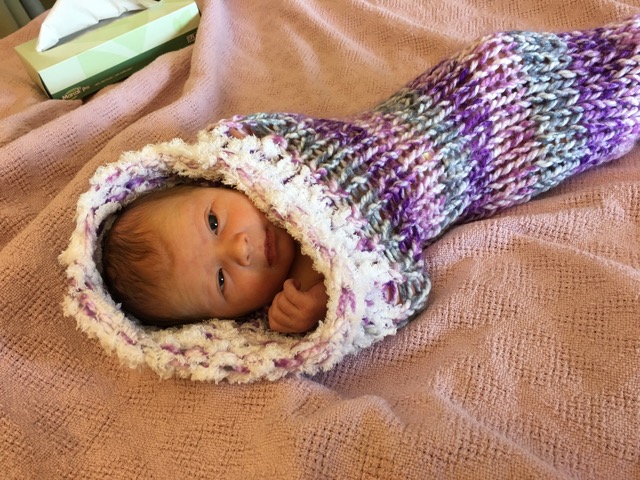