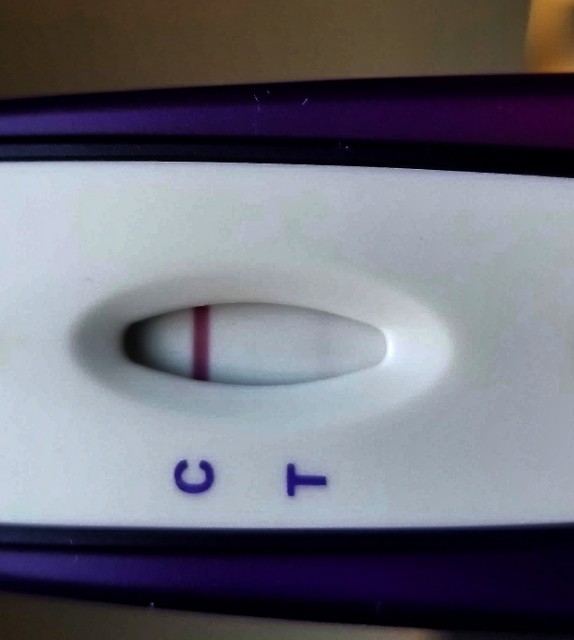 I took this test nothing at first but about 3 mins later this popped up pink and thick. I took another one with same urine and same thing. I came down stairs went back up about 20 mins later and both were negative. I watched the first test (the one in pic) as the color went through the test and it was clear then second line slid it's way in from the right side to it's correct spot and then disappeared anyone have similar experience I'm so confused