After being a week late and having pretty much no signs of labor, I was scheduled to be induced on a Saturday night. Ironically, on our way to the hospital I finally began to feel contractions. I thought, "this is awesome! My body is ready for labor." But unfortunately after hours of cytotec and contracting, I hadn't made much progress. After a few hours I was offered an epidural, which I took, and I had the best night sleep I've had in ages! To be honest, the pain of labor was not nearly what I thought it would be, the epidural truly helped.

After about 7 or 8 hours, the doctors gave me extra fluids and Pitocin to get me to dilate as I was stuck at 2 centimeters. At noon the following day, I was finally at 4cm and thinking that I was close to the end. Unfortunately, 6 hours later when my doctor checked me I was still at 4 centimeters and swelling. Apparently my baby had tried to go down the birth canal but to no avail.

At this point, I had been laboring for 24 hours. My doctor told us that if no progress was made within the hour, we would have to do a C-section. This was exactly the opposite of what I had hoped for. I wish they had done a sonogram because then they would have realized that she was sunny side up, meaning I would not be able to give natural birth to her.

Anyway, it was nice to have that hour to process the C-section and make arrangements as my Hospital stay would now be doubling. We made peace with it, and they gave me more meds so that I could be awake during the surgery and not feel the pain. The only true pain that I felt throughout the process besides a few of the worse contractions, was them putting me back together after taking the baby out. I will never forget the sound of her cries and the reliefm that I finally gave birth to my baby girl. My husband left my side too fawn over our new little one, and I was happy to see the tears of joy in his eyes as we welcomed our new addition.

Unfortunately, I was not able to appreciate the moment as much as I was trying my hardest not to vomit and also to stay awake. I wanted desperately to drink some water, but they would not let me. I was so dried out from all the drugs. That was one of the worst parts.

One thing I wish I would have known was that they would change our room after the process, so somebody moved all of our stuff and we couldn't find a lot of it when we wanted it. They kept placing the baby in my arms and I kept begging him not to because I felt like I would fall asleep and drop her. I guess they were trying to create bonding time and get me to breastfeed but I was so out of it I was just extremely uncomfortable with the whole situation. Finally I was given some time to rest. The following day I got to really snuggle and appreciate our darling little Ellison Olivia.

The hours that followed the procedure or filled with nurses and doctors telling me information such as how to check for blood clots, and also advice on caring for myself in the baby. It was a total waste of time as I was completely out of it. I did not know why they continued to talk to me when I was in no state to process anything that they said! If you are going to be getting a C-section, I will warn you that the first time you get up from bed will definitely be the worst part. The 15 steps to the bathroom where the longest steps of my life. Climbing into the shower, I am so grateful I had my husband to help me as the entire process was agony, and there was blood everywhere! I would say I have a pretty high pain tolerance, but recovering from that surgery has definitely been difficult. With all of the fluids and drugs that I was given, I think that I actually gained weight initially after the birth. My legs and feet were so swollen I could barely walk on them. I could actually feel the liquid in my feet jiggling with each step!

My advice to those that are getting a C-section, stay away from funny people. It hurts so much to cough or laugh after the procedure. 😂 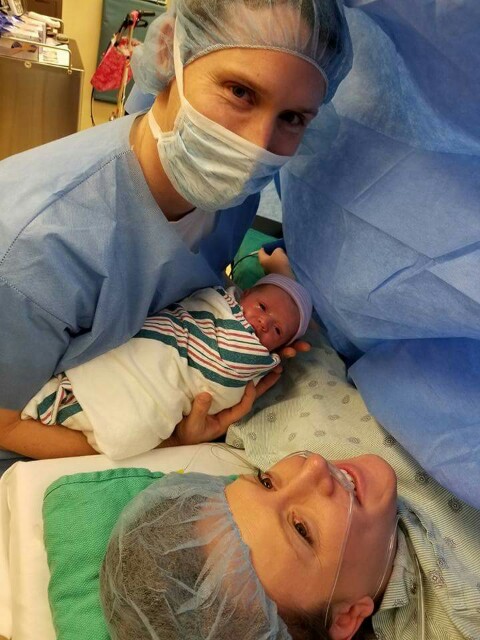 When I think back to all of the squats and kegels and things I did to prepare for pushing, I have to laugh as I never even got the chance to do it! 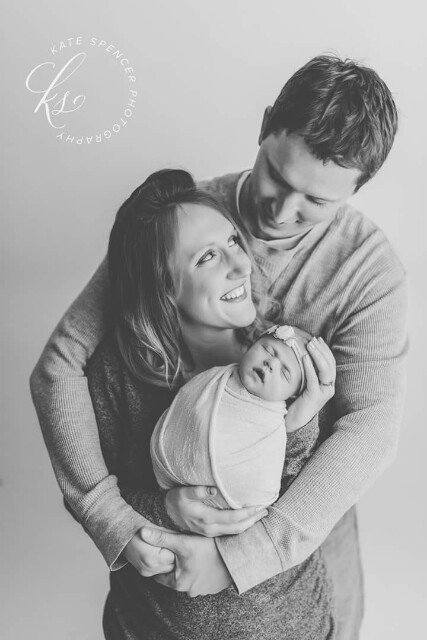