It really started about 2 and a half weeks ago. Everything had been going perfectly except for my fundal height being a little behind, and I was traveling to my in laws, only about an hour and a half plane ride away. The doctor had given me the okay, but my ankles and feet swelled up randomly a few before we were supposed to go to the airport. I called the nurse and she said to get my blood pressure taken, and it was high. I called the l&d; nurse, and she told me it was high but not too high, so I should put my feet up and see what happened. I did and it went down, so I flew and it was alright! Over the weekend I was swollen on and off and had pretty high blood pressure, but with no other symptoms. On Tuesday I went in for an NST and blood work, but again they weren’t concerned. They had me do a 24 hour urine test and then called me on Thursday with a pre-eclampsia diagnosis and saying to come in for another NST and to to schedule an induction. They scheduled me for the following Tuesday, the 20th, as I would be 37 weeks by that point. I started prepping Friday and Saturday, but Sunday I had a horrible upper right abdominal pain. It came and went, so I assumed it wasn’t too serious. Sunday night I just couldn’t stand it anymore, so i had my husband take me to L&D; around 2 am Monday morning. They did an NST and some blood work and came back to let me know they were inducing me right then because I had developed HELLP syndrome, so I had elevated liver enzymes and very low platelets. The doctor said they had to do everything possible to avoid a c-section because my blood wasn’t going to clot enough for my life not to be in danger. So they started me on magnesium and gave me a catheter and cytotec. They have me an epidural a few hours later when I was at a 2, because they weren’t going to be able to do it any later. I labored from about 4 am to 8 pm, and at that point I was at a 10. I had gone from a 5 to a 10 in two hours! So the doctor was not ready, and I had to wait for him to get there. It was so hard not to push! He got there around 8:45 and sweet Charles was born at 9:32 pm. They were worried about him because of his low weight (caused by my pre-eclampsia), but the NICU team tested him and he was perfect! He didn’t have to go to the NICU at all. ❤️ we went home 48 hours later and he is just the sweetest. So grateful for my little babe! 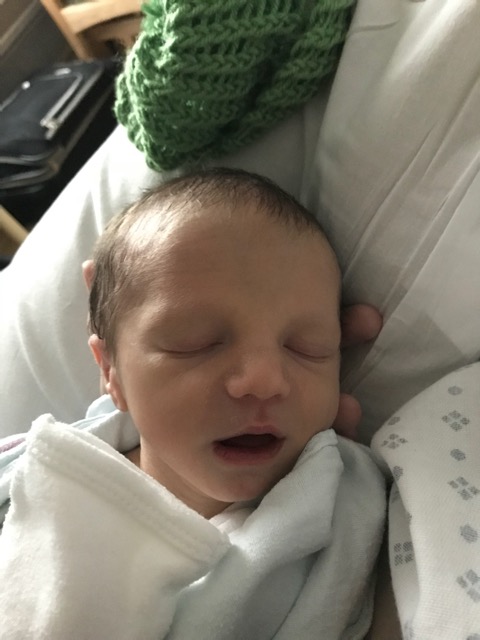