Friday, March 16th, at my 40 week check up appointment. She did a vaginal check and told me my cervix was shut! How awesome was that?! 💁🏽‍♀️ 40 weeks, no mucus plug in sight, and no dilation🙄😒

Thursday, March 22, 2018. I woke to the contractions being back to about 10 min apart and irregular so I thought to go on another walk. They started to get closer again so I called my midwife after and she requested I come in at 1400 so she can see if anything was going on. I was happy to 💃🏽😏

When I got there, my midwife did a vaginal check that went noticeably deeper than her colleague from my 40 week appointment. She maneuvered her fingers in a manner that caused enough discomfort for me to lose my entire breath! 😩 I’m guessing it was a membrane strip/sweep, but what I do know for sure it that s*** hurt like hell!

She found I was one centimeter dilated and said she could feel the baby’s head and the bag of waters. She also stated she had a feeling I would be delivering soon and to call at 2100 with an update. I felt a “pop” near where my cervix is located and thought oh! It’s my waters breaking! So I jumped up and ran to the bathroom. Of course I was surprised when nothing came out except piss, but the pain escalated a bit with that contraction (now with them about 4/5 min and less apart, lasting about 30-45sec ). I sat on the toilet thinking I had to s*** each time, but it was just pressure from the contraction. A few more and they were to the point that I could barely stand, let alone, walk! NO type of relief whatsoever! I called my midwife to inform her of what was happening at 2100, but the intensity of the contraction didn’t really allow me to fully get my words out to answer her questions until it died down. Seemed as soon as I could get out two words, another one hit me right after and I was on mute again. My body apparently was in shock because I was shaking uncontrollably between each contraction.

It just had to be ‘time.’ 🤞🏽 I tried to shower but couldn’t. Called my sister and said “come now!” Texted one friend who agreed to record to “come now” and I was just miserable while waiting. Mind you, I’m still uncontrollably shivering in between each contraction. (I live alone.)

As I looked at the time, I thought I wasn’t gonna be able to make it all the way to 11pm (when the midwife said to call back). They found me on the toilet shaking still, in tremendous pain, naked, and unable to speak full sentences. I managed to get enough words out in between contractions for my friend to call my midwife (10:09pm) and tell her we were on the way and we’re 30 min from the birthing center.

Getting dressed was a struggle, but I managed to find a long dress I ended up hiking up before getting into the vehicle. When I tell u I felt EVERY bump in the road and freeway to the birthing center! BAY👏🏽 BAY 👏🏽 just indescribable. Even though I wasn’t speaking, you could definitely tell when contractions were coming and going by the coming and going of my “shakes.”

We got to the center at about 11pm and I was nervous that I would not be close to delivering because of so many of y’all’s birthing stories saying that y’all were sent home from the hospital and no waters nor plug STILL 🤔🤨 Well while she was checking my dilation, waters came gushing out warm and actually felt nice 😕 She said I was 7 centimeters dilated and I asked to get in the tub to have some relief and hopefully stop shaking, but my shakes honestly just got worse! The water did help me feel a little bit better and they warmed it up whenever I got cool. One of the doulas I hoped would assist with my delivery finally arrived and I was happy to see her though u couldn’t tell 😩

She told me to start pushing with each contraction I was confused because I was trying really hard but knew there wasn’t any progression! The midwife came in and said I was only at a 9, to do some different positions so that the little piece of cervix left could release before I start pushing.

My energy continues to deplete! My body won’t stop trembling in between contractions! Y’all talkin to me and I’m not hearing a damned thing you’re saying! And you I think I’m bout to get up out the tub and bounce on that ball?! GOT ME F***** ALL THE WAY UP! 😤 But I didn’t say anything I just shook my head no when she asked me to get out the tub. I was on my butt leaning on the tub and she asked if I could turn towards the wall and grab the rail with my other hand so I was completely on my side. This was doable, and with each contraction, my body balled up. She tried to get me to get out the tub again after a few of those 🙄😂 NOPE! Then suggested to get on all fours.

Took a couple of contractions before I could get myself to turn yet again, but I managed to end up on all fours. My body started to crouch down on its own and I found myself holding my breath and pushing again. My “birthing sounds” disappeared and I grew silent breathing through pushes only when contracting. My doula noticed as she was applying pressure bringing my hips together to help with the pain. She left and returned a flashlight and asked me to turn over to get a better look. I remember thinking, ‘AGAIN WITH THE CHANGING POSITIONS?!’ 🙄😒 But I did it. She said she could see hair about the size of a quarter, then left to get my midwife. When she left, my body continued to push with the “urge” and all I could think was, ‘I just naired the other day 🤔 there shouldn’t be any hair down there. 👀’

The doula came back in with my midwife and within the next few pushes, I could feel him coming. I thought to myself, ‘this isn’t gonna be like when u take a s*** and break to catch your breath, it cuts off or goes back in! DON’T suck him back in on these deep breaths! Get him TF out! Please don’t rip me! Please don’t rip me!’ I felt the slight burn at the top and on the sides as he continued his descend, but it wasn’t quite the “ring of fire” I kept reading about and came to expect, which was OKAY with me

My midwife allowed me to push without interference. When his head was almost out, she did go around my opening with her fingers as I pushed. As his head came out fully, in one motion, she simultaneously pulled him out and placed him directly on my chest for some skin to skin. She did the APGAR test while he was on my chest and I was nervous as s*** when she put the oxygen thingy on his face because he was too chill for her liking. Meanwhile, I was STILL trembling 😩 even when he was out. This time my shakes continued without the contractions. I think my body was just in shock active labor from the intensity of the pain!

My midwife and doula rinsed me off to get me out the tub. They brought over a rolling chair and I was wheeled to the bed to immediately assess the damages. She said i didn’t even have a 1st degree tear! 🙃😌💪🏽 I got 3 stitches and that was it. Those 4 shots of lidocaine though! DID 👏🏽 NOT 👏🏽 WORK 👏🏽 completely, so I felt the last stitch of course, which caused my shakes to get more intense. They thought the baby on my chest was gonna distract me from the shots and feeling the pain 🤔🙄 NOPE! Poor baby was shaking right along with me 😩💁🏽‍♀️😭

FINALLY I had my baby y’all! 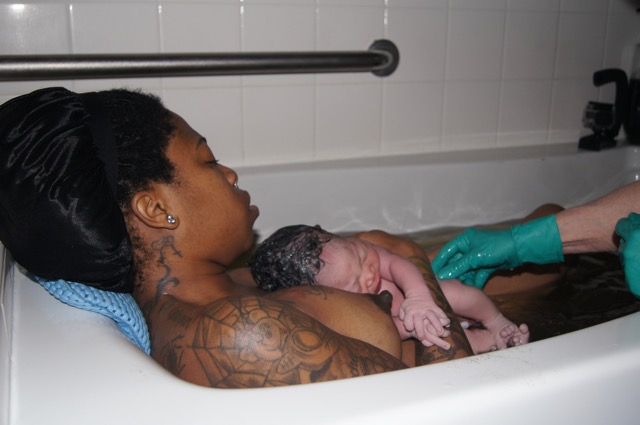 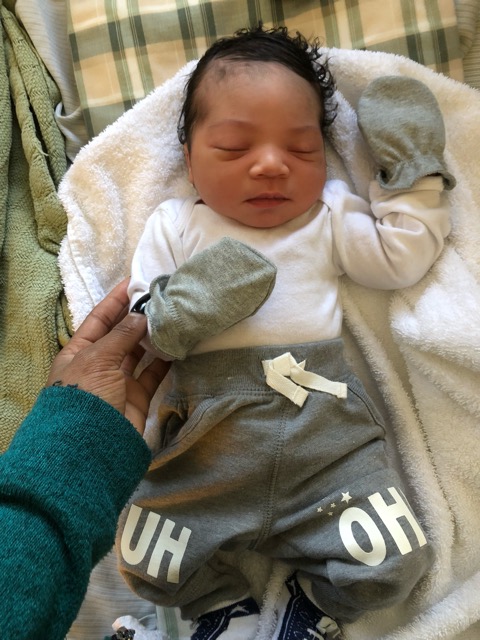 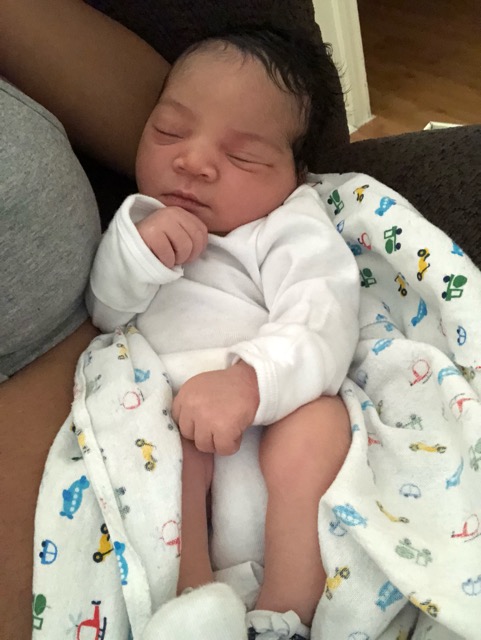