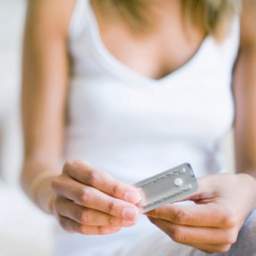 Bf not wanting to use condoms

Me and my boyfriend do use condoms but just recently he told me how he actually felt about them. He hates them and doesn’t feel anything when we do have sex. He told me that once we do move in together that he won’t be using them anymore and that he will know how it feels without a condom on. He graduates high school this year and I’ll graduate next year, I would love to get through college first without having a baby to care for. What do I do??? I told him that it was my body too and that we would talk about it together on when we decided to stop using them. I am on birth control, but how effective is that without a condom? I really just don’t want to get pregnant any time soon. I may just have to stop having sex with him for him to realize that I ain’t gonna do anything without a condom. He thinks that the pull out method is good enough and I disagree.