I’m 19, I just started a new job, I just got an apartment, and I’m about to finish up my first year of college

So about 7 months ago, I met my boyfriend on Tinder and after about a week of talking, we decided to become official. For the first 3 months, everything was fine. But after a while and even more recently, I feel like we’re falling apart.

First, we gave each other our virginities. I don’t regret anything, I was ready to do it, but our sex life is one of the problems we have. He doesn’t come when we have sex or when I give him head or even when I jerk him off. He can come on his own but he doesn’t come with me. Usually five minutes after he gets an erection, he falls flaccid. We’ve looked it up and he’s cut back on masturbating and everything, but still nothing. And I’m worried for his health but he won’t go to the doctor. Also when it happens, it makes both of us feel bad. He feels like he isn’t performing well and I feel ugly.

But this problem was something we were working on. After our honeymoon phase was over though, more problems seemed to be adding up. He’s 19 as well but he lives at his mom’s, doesn’t have a job, doesn’t have a car or a license, and he’s homeschooled and is still taking high school classes. He sits at home, taking one class three days a week, and plays video games until 6 in the morning and gets up at 2. Obviously I’m more ahead on life than him and I think it bothers him. Not enough that he’ll actually do anything about it though, he won’t even tell me that it bothers him, I just kind of guess that it does because he gives off hints.

So that leads me to another problem, he’s ‘not emotional’ (I put that in quotes because that’s how he describes himself). I can rarely tell what he’s feeling. He tells me he loves me but he doesn’t show it. He didn’t get me anything for Valentine’s Day, he doesn’t ask me on dates, when he texts me he sounds disinterested. When I told him about my job and apartment all he said was ‘nice’. I’ve started to feel like he doesn’t want me or want to talk to me. When he said ‘nice’ I told him if you don’t want to know about my life or my day, then I’ll stop texting you. And he said he the reason his texts are so short is because he’s ‘trying to cut back on his words’ like WTF? What does that mean? And when I asked him to not do that he said ‘I suppose’ which really made me feel even worse, like I was being an inconvenience. And this isn’t the first time this has happened. His ‘emotionlessness’ really hurts me.

I just feel like we’re on two separate pages. He’s just so immature and he doesn’t seem to even like me sometimes. He was supposed to come to my hometown with me at the end of the month, which he knew was important to me because this would be the first time he would meet my family, and now he’s saying he might not go because he’ll have homework to do.

One last thing is, he plans on going into the military. My friends think that he’ll never go and if he does, he won’t make it because he doesn’t put effort into anything he does. My best friend hates him and says I should break up with him but I’m not sure about it. I know myself and I know if he does go into the military I can’t handle the distance and that used to be the biggest problem for me but now I’m not even sure if this relationship will last that long to see if he even does go. I’m just tired of feeling unwanted and like I don’t matter. But I don’t know if breaking up with him is the right choose. I do love him, but I don’t know what to do. If you guys could give me your opinions that would really help. Thank you ❤️ 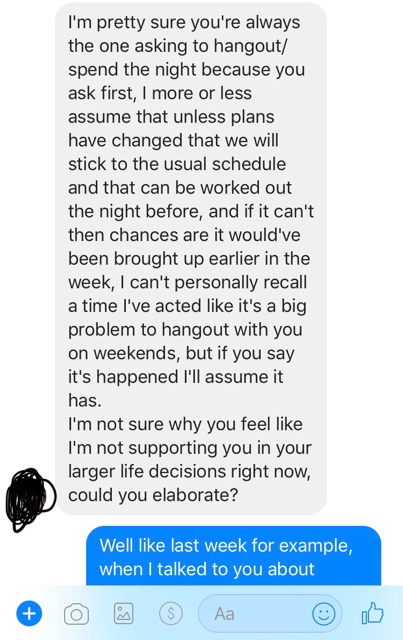 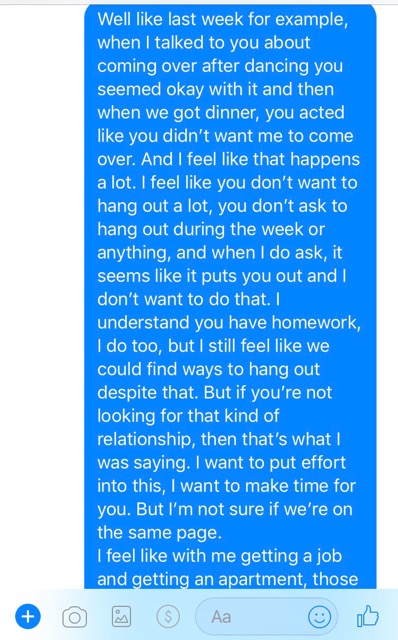 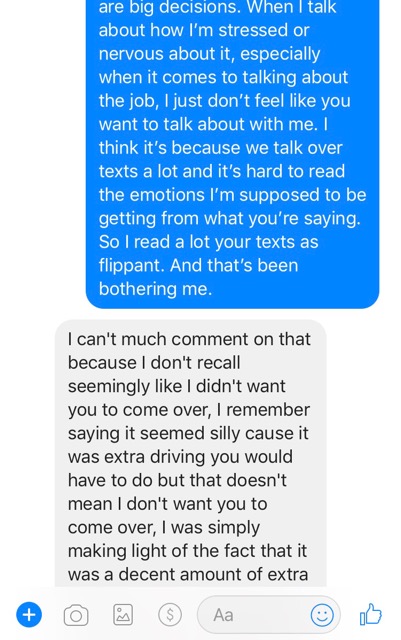 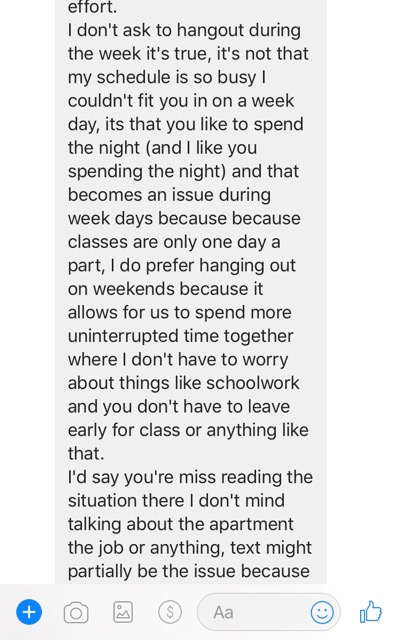 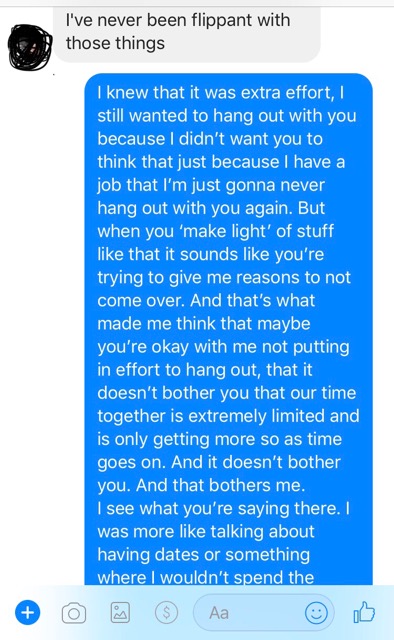 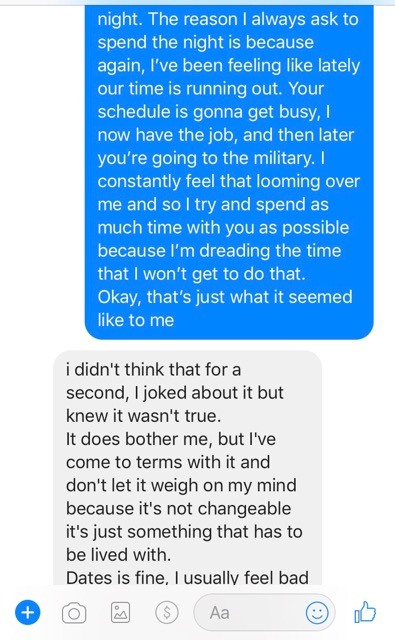 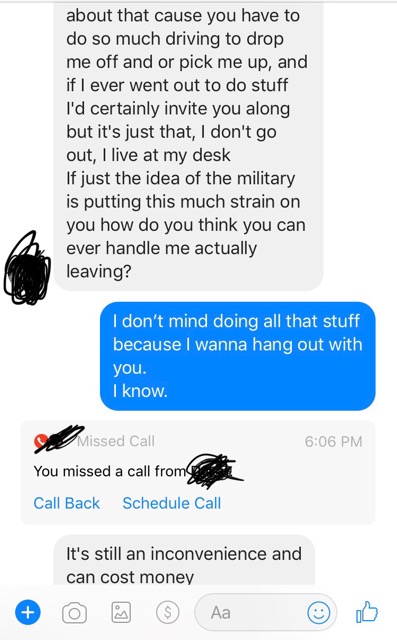 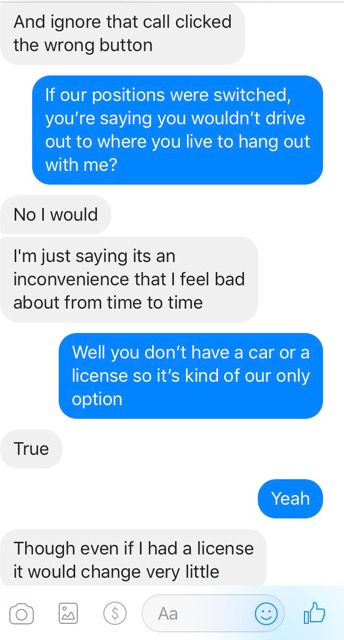 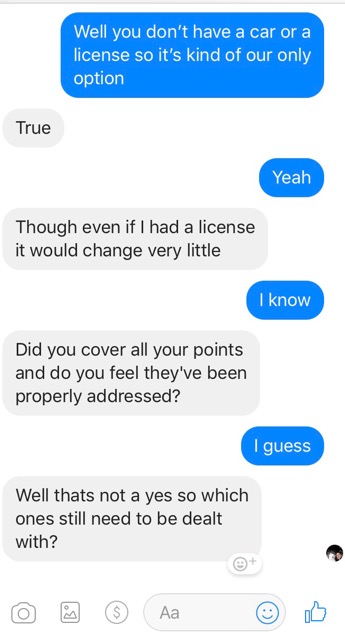 And that phone call was on accident, he didn’t mean to call me