I was clean for 6 months.

I started struggling again and early last month I ended up relapsing. At the time I was drinking quite a bit and doing illegals. I know it was wrong but before anyone judges, those are both also forms of self harm and I figured 'hey, it's better than cutting' I wasn't dealing with anything and just stopped coping like I normally would and afterwards felt so bad.

I've tried my hardest not to relapse again since, mostly because my body needs time to heal and I'm starting therapy next week and don't want to go in still fresh. But, I'm having really bad urges again and my head is going to those thoughts all the time. It's gotten worse since I brought some new shoes and wore stupid socks that kept riding down and the shoes wore against my heel and cut it to the point where it bled and where I've gone out etc since it's hurt. Even though it was unintentionally done its the same intense feeling I get when I do self harm and it's made the urges worse.

I know I can be strong enough not to do anything so there's no issue of my safety at the moment but it's just that I keep getting the urges and my emotions are all over the place. I want so bad to get better and not have to constantly worry that the smallest thing might set me off again but it's so hard. Where I've done it for so long, it's the only way I know how to cope and I don't want it to be like that.

I hate living inside of my head sometimes.

I hate waking up fighting the same fight day after day and feeling like I'm not getting any closer to winning. I hate that what goes on inside my head can't be fixed in the traditional sense, it can be controlled but not cured. I have a sentence that I never asked for but have to live with for the rest of my life. I hate having people pretend to understand and secretly judge and mock what I'm going through and I hate how easily people are so quick to label me when I am struggling, like I'm just being lazy.

My own nan said the other day when I told her I'd been struggling again that I'd been through a lot but she felt she'd been through more. Like it was some damn competition. Then her advice was to just get on with it, that she has depression and she's coping. By that she meant she was coping by downing vodka like it was water, but sits and preaches about how I deal with things and how she doesn't agree with it and doesn't think I have issues.

But she's not the only one, some of my 'friends' have said that I self harm for attention or that I'm too open about my mental health for it to be that bad. For years I hid my scars and cuts and would walk around in summer wearing jeans and cardigans just so no one would see them. I wouldn't even acknowledge that I had a problem until I tried to take my life for a third time and I overdosed which ended up with me being sectioned. There I met people who openly displayed their scars and made me realise that it wasn't attention seeking to show them and that hiding it was just prolonging the fact that they were hiding that they weren't coping. I don't throw it in anyone's faces or brag about them, but neither do I hide them now.

I also share a lot more on social media about mental health because before I was diagnosed, I can honestly say I didn't know anything about mental health or how many types there were and by sharing I feel like I'm actually allowing people to educate themselves and understand a little bit more. After all they're not the ones who have to deal with what's inside my head on a daily basis. I just wish I could stop it.

Switch off and reset my brain so that it wasn't broken. Not have to wonder if today I'll get dark thoughts again or if I'll have an episode. It can be such a lonely place to be trapped with all my thoughts. If only there was a way not to feel the way I do 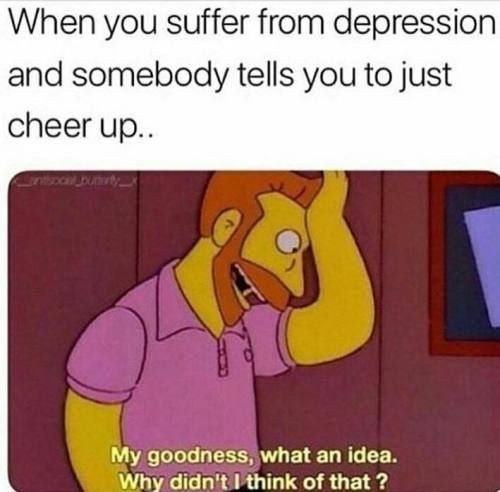