Our tiny Susanna arrived two days before her due date on May 6th. She was 2,9kg and 46cm.

Woke up at 5am with some semi-painful contractions about 7min apart. Thought it’s another false alarm since i had been in major pain for almost two weeks straight. Did my everyday things and was just waiting it to go away. At 8 I sent my husband to go and have his workout since he’s preparing for a big marathon. Still absolutely positive that it’s not the real thing. Contractions were now about 4-6min apart. Waited for a few more hours, got my two other girls ready, cleaned the house a bit and then i thought i should probably go to the hospital and see if everything is ok, just to make sure the baby’s feeling ok. Called my hubby and well those were the fastest 40km he’s ever ride his bike. 😄 Got to the hospital, i was about 7cm dilated so i couldn’t have an epidural. Waiting for the babysitter to arrive we had the other two girls (5y and 2y) with us almost until the end. Hubby went to take them out of the delivery room, they got out and the baby arrived a few min after at 12:06. So fast that hubby didn’t get to see Susanna being born. (That exact thing happened with our last baby as well, he was right behind the delivery rooms door😄) 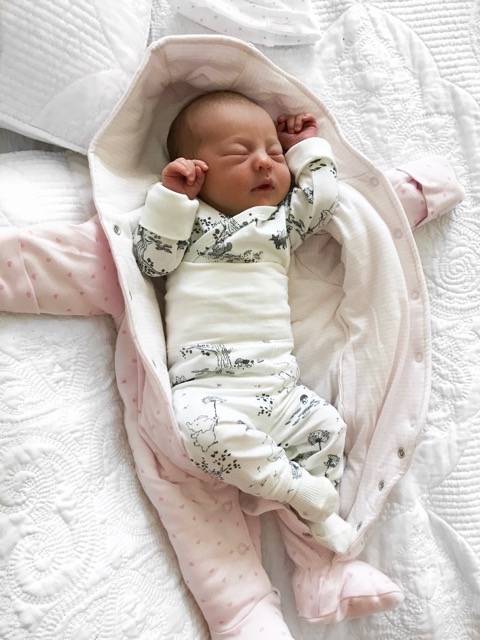