Why would someone do This? ass 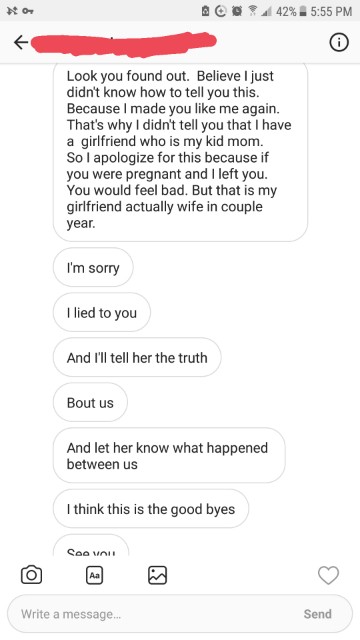 Basically my ex and I were talking and wanted to get back together. And couple months later he says he got a girl prego from a last realationship. And he was "drugged and raped". Then I saw him tagged in a photo with his girlfriend, which he didn't tell me he had one. And he was talking smack behind her back. their baby is 1 month old:( I messaged the girl saying what happened, we were flirting with each other. And saying we love each other. Then he ends up messaging me. wtf. So watch out for fuckboys dam