Okay this maybe a little long but I really need advice. My boyfriend and I have been together for almost 2 1/2 years ..So my boyfriend is active duty in the army. He will be done with AIT in August and he just got his orders that he will be stationed in New York. I’d say everything has been going down hill since Christmas time after he left to go back to his AIT. A couple months ago he got kicked out of his schooling and he then had to pick a different school and it’s something he isn’t interested in at all and he hates it and he is depressed and he has been taking it out on our relationship. We talk on the phone for maybe 10-20 min a night or every other night. The other night we were messing around and kinda being mean to each other but there is always some type of truth in the hurtful things you say and he said something along the lines of “you can’t get a boyfriend” and “you won’t ever find anyone as good as me or better”. Anytime we fight I always ask what can I do to fix it and he will tell me and I try to do so. But when I tell him ways he can fix things it’s like it goes in one ear and out the other and he didn’t put in effort at all. I love him dearly but I’m also at my breaking point and I hate being treated like crap. I also have told him how I felt and I told him “ you treat me like shit sometimes” and he said no you treat me like shit and he always makes everything my fault so. We have also been talking about getting married but he gives me the go around and says well “I need to figure my life out first” or “I can’t be married in special forces” or “ I just don’t know how the move will work out cause it’s gonna be really complicated to get everything switched over”. Then last night we were talking about the move if it even happens and we got into this full blown argument cause I want to take my cat with me I have had her for 8-9 years now and she is legit my best friend and a huge comfort blanket for me when I have hard days.

He told me that I couldn’t take her cause “apartments in a big city won’t be pet friendly” and “ I don’t like her and she doesn’t like me”.

My cat has literally never done anything to him and she is so sweet. So I’m just supposed to move 14 hours away for him leave everything behind and not have anything or anyone to make the process a little easier I said either she comes or I stay here. I will post the texts also of what he as said. I really need some advice anything helps.💔!!! I’m blue he’s white. 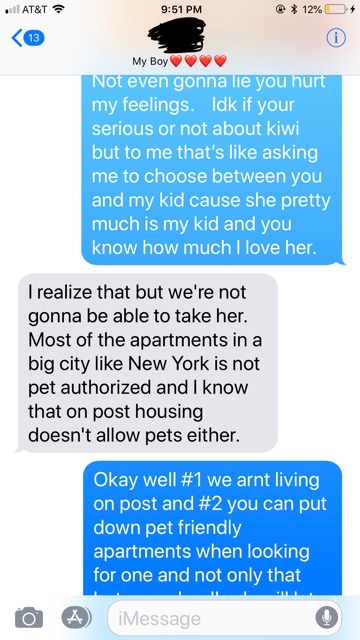 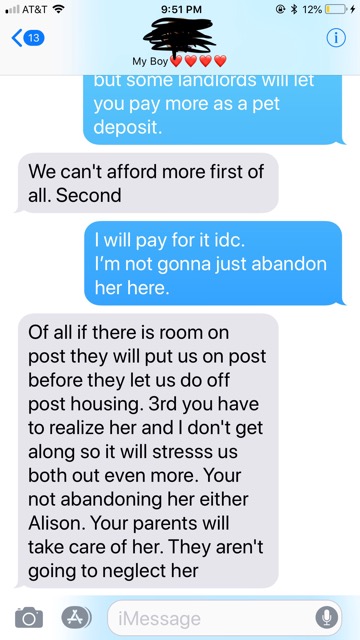 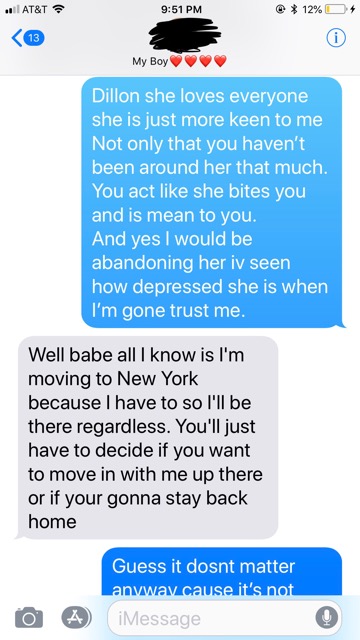 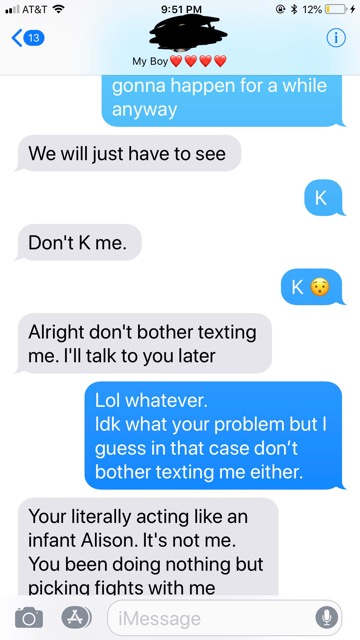 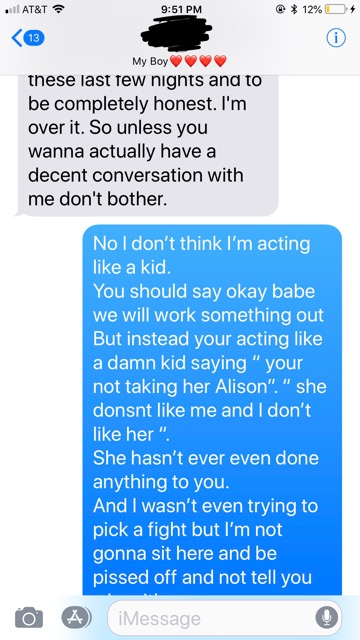 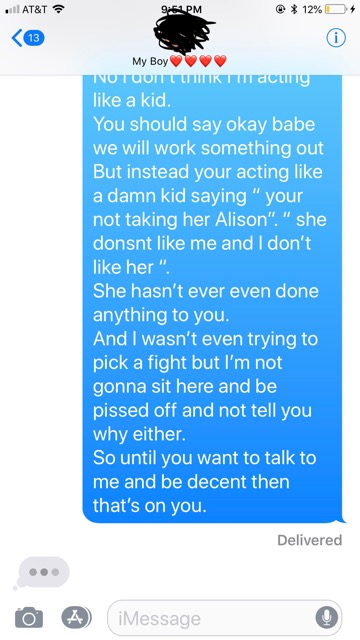 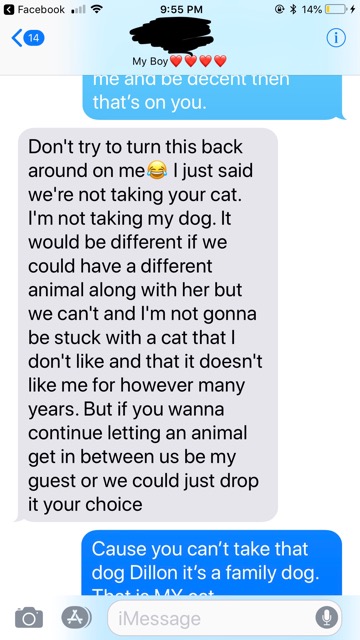 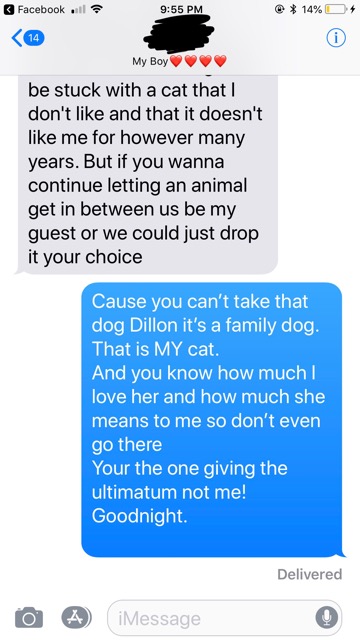 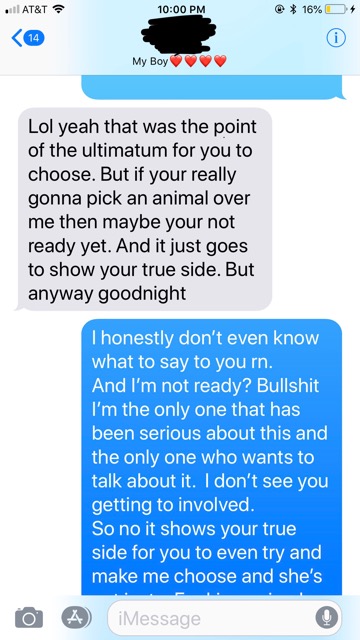 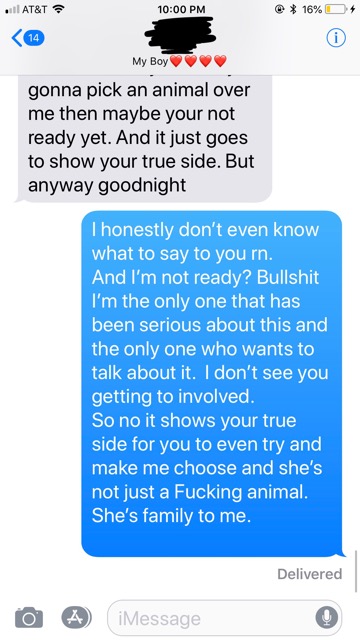