Ever since I broke up with my ex because I didn’t feel comfortable in the relationship after getting to know him more, he keeps texting me and trying to FaceTime me and I really don’t want to be friends with him. I’d just rather forget him. And we don’t even live in the same state. So I blocked his number. And now he’s dming me. When I was in a relationship with him it was suffocating because of all his expections and the fact that he said “I love you” so easily when obviously he didn’t and I didn’t even love him at all. Now he won’t leave me alone. 😫 this is not how I wanted to start off junior yeah ugh! 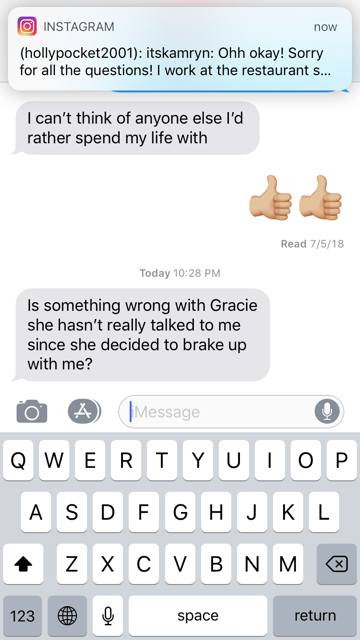 He’s annoying me so much rn like why won’t he back off of course I don’t want to speak to him after I broke up with him he’s always over the top.