I dated my ex for four years and we were never careful. I had pregnancy scares but each time id take a test it would come back negative. I then started thinking to myself, there must be something wrong with me OR i am just too “lucky” I was 15 when i started dating him and was 19 when we called it off. In those four years i learned to think i would never be able to conceive. Then i met my husband, when we dated i didn’t think much as to taking care of myself because in the back of my mind i kept thinking id never get pregnant... well, same thing. I never did. Anyway, we got married and wanted to start a family, so we started ACTUALLY TRYING and no luck. (I was 22, he was 27) My periods became irregular, id skip two months and other times three- four! I finally went in to the doctor where they told me i had ovarian cysts as well as an “inclined uterus”. They said i could have them removed if i wanted to but that they were of no harm and even if i had them removed there was a chance they’d come back. I ended up not having them removed. The issue was that i was not ovulating as i should, and since i was irregular tracking my period and trying to figure out when i ovulated was helpless. In the meantime i tried becoming more active, eating healthier, trying not to stress and think much of it but still, no luck. Finally somebody at work told me about a tea, she knew my situation and swore by this tea. She said her sister in law struggled conceiving but began drinking this certain tea and months later became pregnant. Well i gave it a shot thinking i had nothing to lose. Hubby and i began drinking it, we had a cup each night and drank it for about two-three months and continued getting negatives. I then gave up. Finally in January, New years <a href="https://play.google.com/store/apps/details?id=com.glow.android.eve">eve</a>, i told my husband that i had officially given up. I didn’t want to try anymore, that i wanted to focus on our relationship instead and plan some road trips, head out and just enjoy ourselves. The time would come when it was meant to be.. Well, March comes around, we celebrate our one year anniversary as well as his birthday. We’d been out of town for his birthday weekend and i wasn’t having it.. i noticed i was super moody, my breasts ached but i didn’t think anything of it. Monday the 26th of March, (about a week after his bday) i test not thinking much of it but wondering why my breasts ached so bad. I remember saying “oh what the heck lets see..” but in the back of my mind knowing id be seeing a negative once again. Well to my SURPRISE, it turned positive as soon as i peed on it!!! It was surreal, i remember i freaked out. SO many things ran through my mind. I was in shock. Then excitement hit me and then all of a sudden i thought what IF its a false positive? (I’d tested with an .88 cent test from Walmart) I remember i grabbed the phone and called my husband which he didn’t answer. I called him once again and this time around he did, he said “whats going on? How are you feeling today?” I then burst into tears. He asks “are you ok? Whats wrong?” And i tell him, “you are not going to believe what i am about to tell you...” he says “ you’re worrying me, are you ok?, whats going on?” And i finally tell him that we are going to have a baby!!! He didn’t believe me, he said i was kidding and then i asked him why else my voice would have cracked and why i would be crying.. i then sent him a picture of the test and he sounded so happy saying he couldn’t believe it! We were both happy and nervous at the same time, i told him id be heading to target to pick up another test just to make sure right before i went in to work. I ran over to target and got clear blue, i even took the test inside their restrooms. Once again the test turned positive as soon as i peed on it. I smiled and knew it was a for sure. Two days later i went in and had an ultrasound.. according to my last period i was 8 weeks, i told then i was irregular so i wasn’t sure IF i was 2 months pregnant. They then proceeded and saw only a sac, measured the sac and i was 5 weeks 2 days. We TRIED for this baby for 2.5 years and finally got my positive. I really thought i would never be able to have children. As soon as i gave up, he came along... This is why we say HE is our miracle baby. 💛 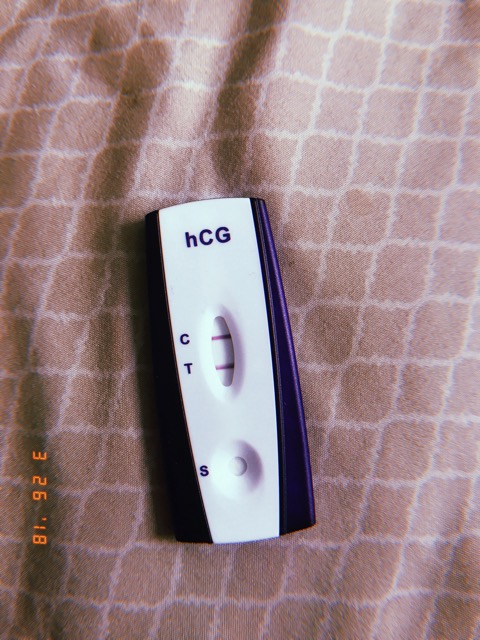 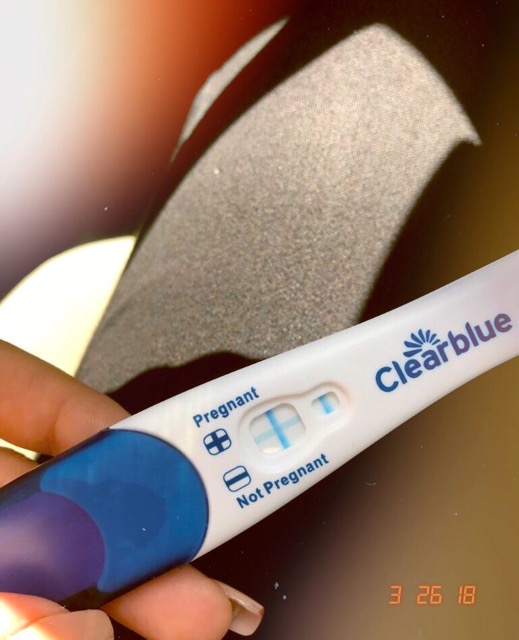 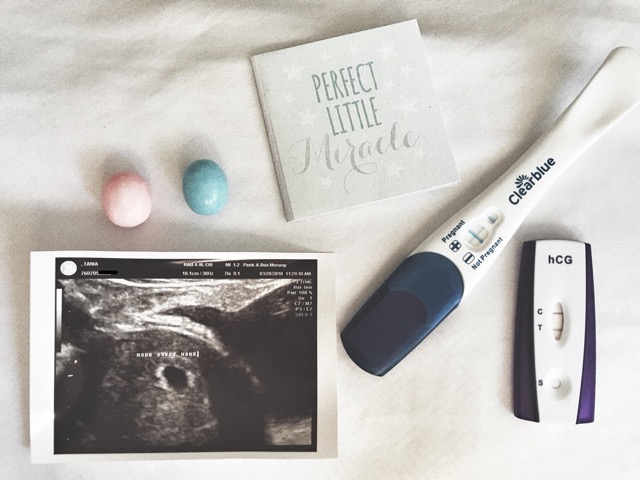 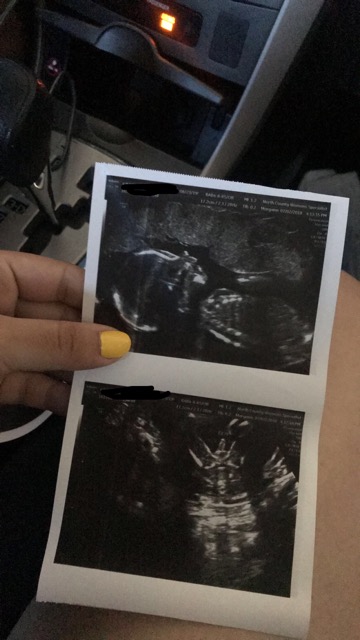 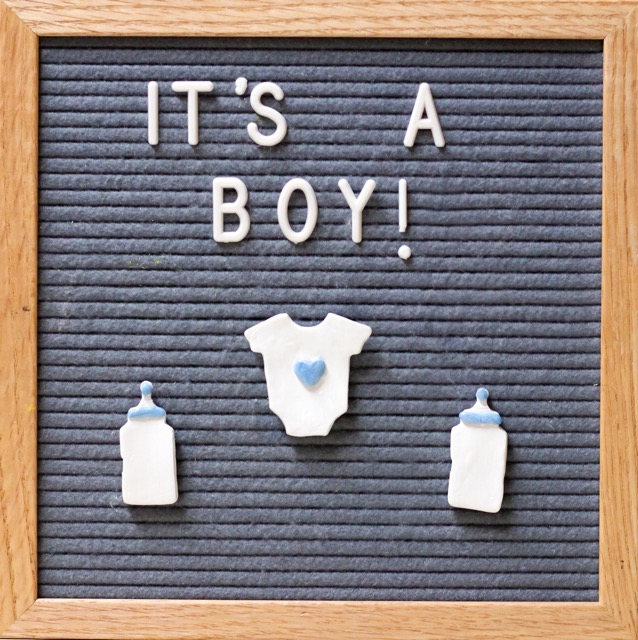 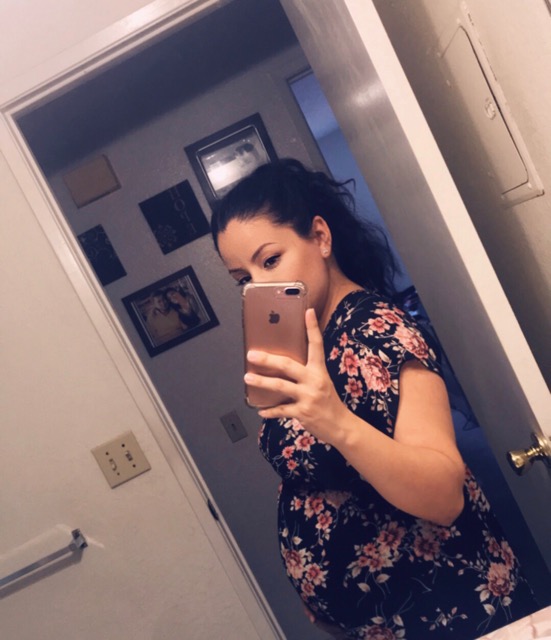