Is this positive? Very faint line

What do you all think? Just took this test. It’s a store brand, early detection test. I’ve used these before and typically they are very clear result but today I swear I’m seeing a very faint positive line.

My period is due in about 2-5 days, but I’ve just not been feeling myself and today I’m extremely lethargic, even after sleeping 8-10+ hours. Plus, I’ve noticed I’ve been more emotional or ill get an occasional twinge of breast discomfort. So I thought I’d take a test. This is not first morning urine.

My husband and I definitely want children, but haven’t been actively trying to conceive. I quit taking birth control about 2 years ago after I had been on it since being a teen (I’m 32), but my husband typically pulls out. After about 2 weeks or so ago, after a night of way too much drinking, he did not pull out. This was my first time of him not doing that. I could tell it was different and that his ejaculate made it inside of me. It was also during my fertile window, maybe 2 days-ish before ovulation.

While I’d love to be pregnant, this timing isn’t great due to my job potentially not being secure and I’m not sure I want to be job searching and doing interviews while pregnant. But if it’s meant to be, it’s meant to be, I suppose.

Either way, I think I’m going to pick up more tests, probably not store brand and I’m going to test again with first morning urine before I bust the news to the husband or call my doc. 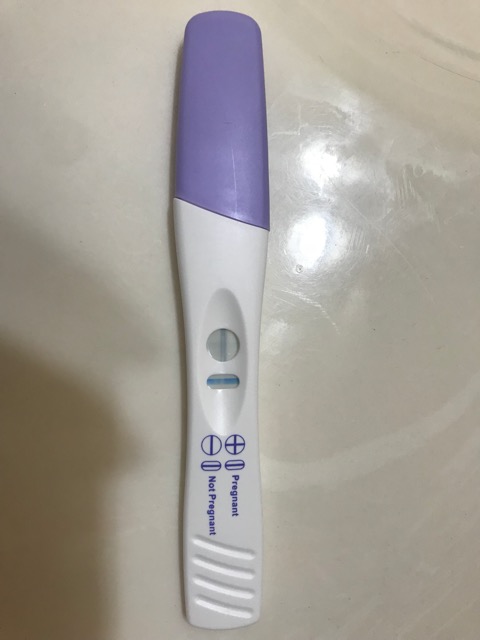