BFP Stories Only
Everyone wants to know the symptoms leading up to a BFP!!! Give the details day by day #BabyDust

Ttc for 16 months and it has happened!!

We have been ttc for 16 months with no luck but have got our BFP today! I have been away for a week and was due on the day I was going away. I had period pains so I didn’t pack a pregnancy test because I didn’t want to have to unpack it when I got back not being used. Anyway whilst I was away each day went past and Af didn’t come. I had a stitch like pain on my left side at 10 and 11 dpo which is something I had never had, am guessing this was implantation. My husband thought I had come on as I left having period pains, he didn’t ask during the week as didn’t want to upset me if I was on. I got back from being away, ran upstairs and took a pregnancy test. It came up pregnant 2-3 weeks! I ran down with it behind my back and said ‘you know I said I didn’t get you a present from being away’... and gave the test to him. I was shaking and then just sobbed. I was at the point where I just thought it wasn’t going to happen for us. We had just gone through having tests and I had a couple of scans last months. It has been really hard and I have no idea why over the last 16 months of tracking and doing it at the right times this was the time it worked but I have never been so happy. I still can’t believe it. The amount of posts I have read on here and the amount of pregnancy and birth posts I’ve seen on social media over the time we have been Ttc I thought it would never be us. You have to keep believing because sometimes that’s all you have. 💓 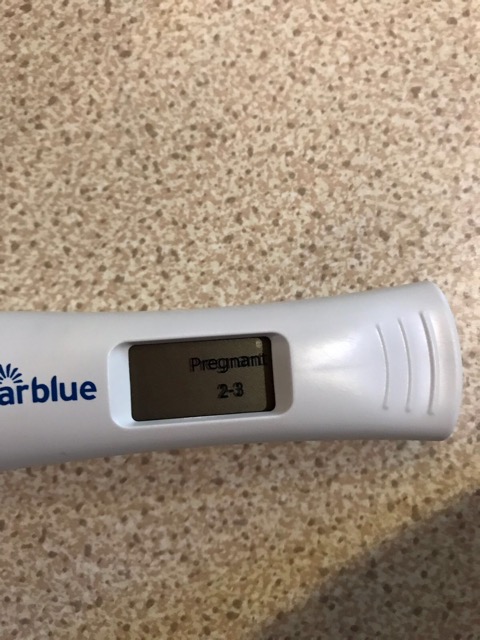