I’m still three days out until my period but I thought, what the hell, let’s take a test! Mostly I decided to take one because I wasn’t having any PMS symptoms yet and that’s unlike me. I PMS like a bear with cravings, moods, and being exhausted for the week before. I thought we might have missed our fertile window this time but looks like that little egg might have hung on an extra day!!

Darn for spending money on another ovulation test kit today too! That’s how sure I was that I wasn’t going to be pregnant this month!!

So how long did you wait until you told your significant other?? I don’t want to get his hopes up (because he is going to be ecstatic!) and I tend to be a little bit of a disbeliever until I know for sure.... 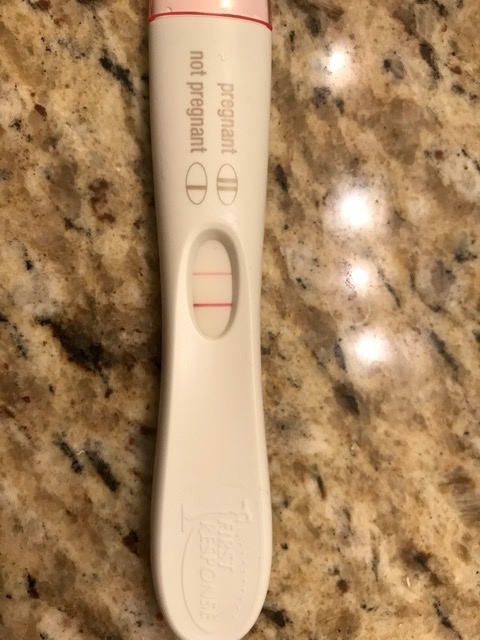