So I’ve never been a “pretty girl”... guys mostly avoid me like the plague. But lately I’ve been getting soooo much attention. Most of it is unwanted, but some of it is good.

So the love of my life recently left for Army BCT and we can’t talk because they’re not allowed to have phones. We weren’t dating or anything, just really good friends & I had feelings for him. But basically ever since he left I’ve been kind of talking to a lot of other guys, and I really feel like I’ve been unfaithful to him. Even though we were not together, never have been.

So I’ve been getting TONS of friend requests from guys on Facebook, along with tons of messages.

On top of that, there are 3 guys that I know IRL that have been ALL up in my grill recently.

The first guy I consider to be a pretty good friend. I don’t find him physically appealing, but he’s very kind and I’m glad to have him in my life. But he really, really likes me and I can’t help but feel like by having conversations with him that I’m giving him the wrong idea. I just want to stay friends, and he’s said he’s okay with that, even though it feels like I’m hurting him. I don’t mean to lead him on.

The second guy has special needs. He’s really nice, just clingy. He’s always complimenting me and asking to hang out with me. I’ve made it clear that I want to stay platonic especially because he’s actually dating a girl that I know. His girlfriend doesn’t seem to mind us talking, but I feel bad about it. I don’t know how to tell him I don’t really want to hang out with him and that he’s making me uncomfortable by being so clingy and awkward.

And the third guy... oml is he hot. He’s so hot. Linebacker on the football team hot. I can’t believe that he’s into me! He’s always hitting me up on Snapchat, liking my instagram posts, etc. I like him but I’m wary because I’ve heard things about him. Like people have told me he has an on again/off again girlfriend. I asked about her and he said they’ve been done for 4 months. I believe him, but I’m scared to trust him because I find it hard to believe that a guy like him could be into me.

PLEASE send advice! (Btw this piccy is me) 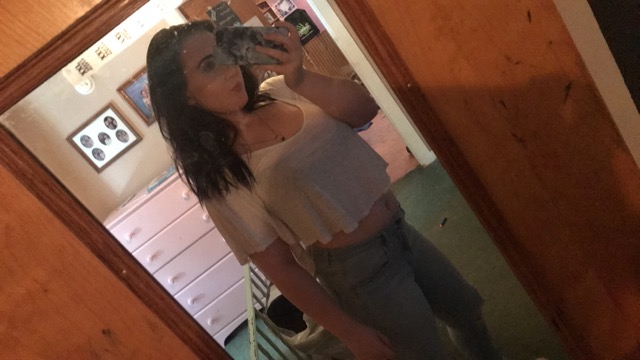