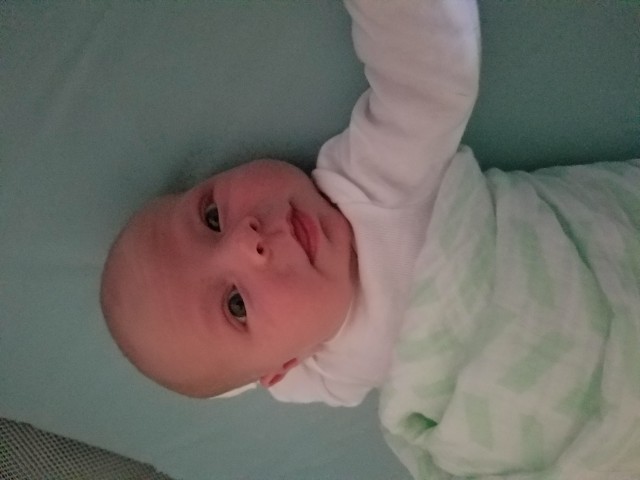 I had my baby girl on August 3rd 2018 via induction one day early due to a suspected case of Cholestasis which turned out to be fact. She is my love. With my endometriosis it will be extremely difficult if not impossible baby. My ultimate surprise. At my 20 week anatomy ultrasound I was informed that my baby daughter had a two vessel cord sandal gapped toes and a VSD. I was told my daughter very well could have downs syndrome. I was offered an amniocentesis and further blood work to confirm which I respectfully declined. I had figured one I didnt want to possibly hurt her during amnio and two the blood work would more than likely come out as a chance of whatever multiple chromosome defects and it would cause further stress. I trusted that my daughter no matter what the outcome would be okay. Now.. I had two echocardiograms during my pregnancy for the VSD the first I was told of a significant hole which would require open heart surgery at birth. The second I was told miraculously had closed.. my beautiful girl has been proving people wrong since before she was born. At birth was 7 pounds 13 ounces and had a 3 VESSEL CORD. Did not have sandal gap just had monkey toes like her momma and the VSD was completely shut confirmed during and echo she had after birth. She was born perfectly healthy with no real defect. Now I am not saying that this will be the case for everyone however I truly hope that everyone has some faith that even if things dont turn out as expected that even still everything will be okay. I wish every mom out there the best of everything.