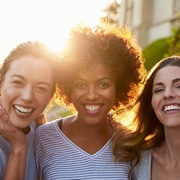 I honestly don’t know how to feel. My boyfriend and I have been having unprotected sex for a short time now. But it was NEVER my intentions on becoming pregnant...

Now, before the opinions arise- I’m 26yrs old. Yes, I do know “right from wrong”. No, I’m not oblivious. In the back on my mind, I knew there was a risky “50/50” chance (because we’re having unprotected sex) But honestly- I was not thinking. Or should I say- didn’t think it would happen so soon... So quick. It’s a long story. But I really ‘JUST’ met my boyfriend.

As silly as it may sound- I wasn’t expecting it. At least ‘not now’.

Like, why now? Why him? In the past I’ve had unprotected sex with ex’s & NOTHING has happened. A few years ago- with my first boyfriend- he and I used to go at it like rabbits!! I mean 3x a day... sometimes more. I was 19, he was 20- so yeah, self-explanatory. After him, I had another relationship. Sort of the same thing (going at it like rabbits) & NOTHING happened.

I know, ‘timing’ (as that same ole expression goes).

However, I can’t wrap it around my head. My mind is just racing with so much.

This is the FIRST time I’ve been pregnant (if you didn’t get the hint of that within the first few sentences I wrote up there) I don’t know how far apart I am. I took THREE home pregnancy tests & they ALL came back positive.

Well, I’m done with my rant & expressing myself.,