Help with my hair??

Alright so it's been since March 4th that I haven't done anything with my hair last time I went I got it bleached so it was blond and now my natural color is just taking over and honestly don't like the way it looks anymore. They don't feel like myself at all. I really don't know what to do with my hair though since it's pretty fragile it breaks all the time. 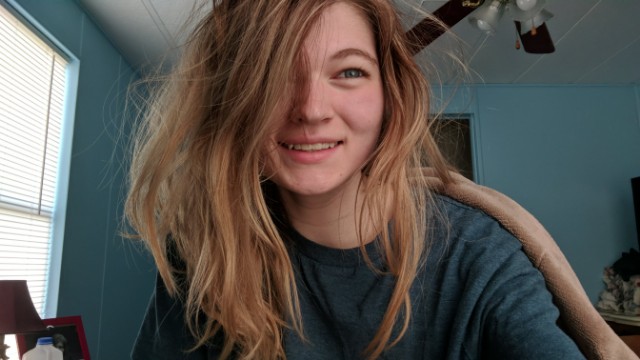 Usually how my hair looks in the morning.. but like isn't that everyone??? 😂😅 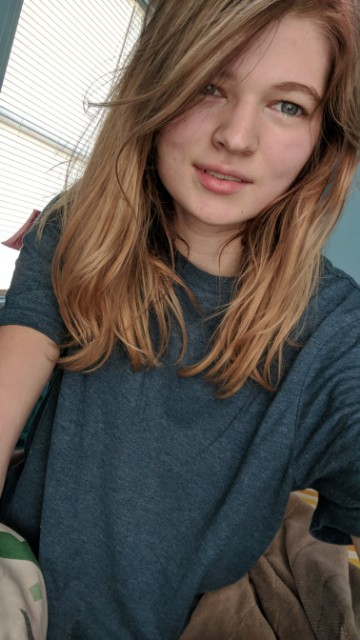 Alright so we'll finger comb now and pull out hair as well 🤦😂 my hair has like no layers to it anymore. I want my bangs to grow because I used to have a really short hair and this is the longest my hair has been in about 5 years. 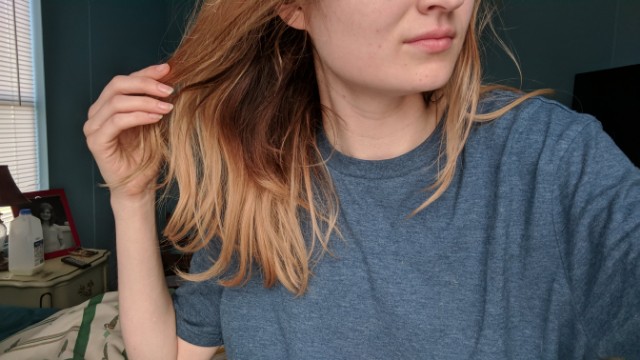 I really hate the way this part looks right here. so the darker color was put on at the salon because I wanted it to look like I had it kind of grown out.. but now several months later I very much dislike don't know what to do other than throw my hair up in a bun or ponytail 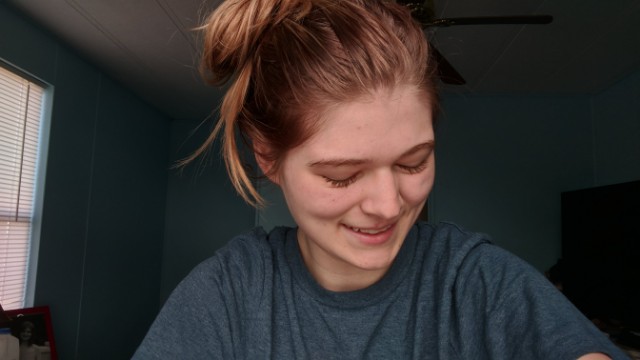 But I like my buns because they keep me cool 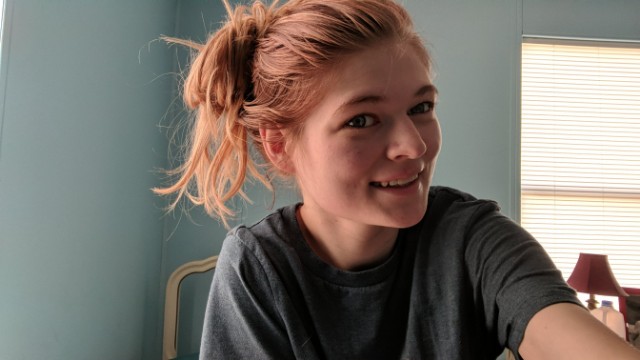 And my hair is finally long enough to do it and I finally have the confidence to do it and go out in public! I remember when I was younger I tried putting my hair in a ponytail and buns because it was about the same length as it is now I was a lot healthier than but I hated the way I looked.

Anyways my self-confidence is usually pretty good but I like my hair a lot I like being able to show off my hair. I dyed it purple a couple of months ago hoping that the guy would stay but it lasted for about a week and a half even though it was a permanent dye. it was a beautiful color but I also didn't like the way it looked in person. I had to have lighting directly on top of it to look good. Ill also note that I put the purple dye over top of my current hair and it washed out completely.

Anyways I really really want some advice for my hair like maybe drop hairstyles that you think would go good with my facial features??

And maybe a color to go good with pale skin and blue eyes?? 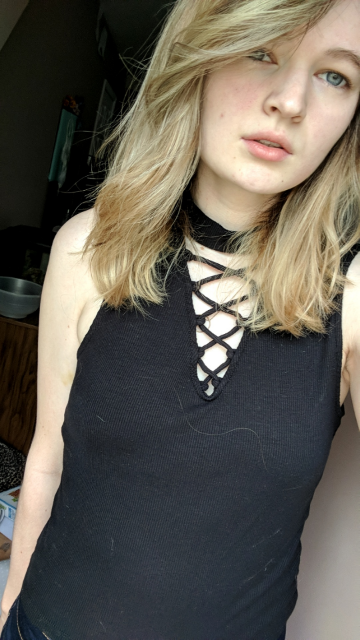 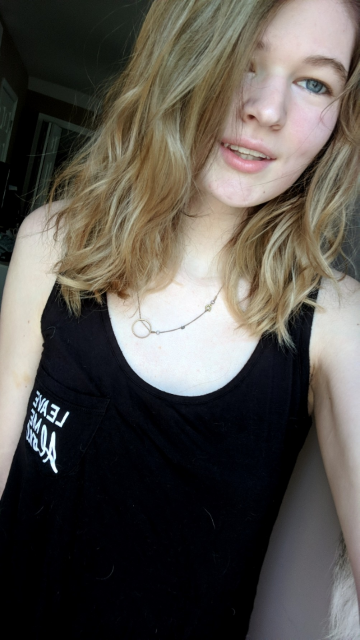