Wasnt sure my husband would make it in time..

A little background, when I delivered my son I was induced at 38 weeks where I took two days and a lot of pitocin to progress from 1cm-3cm, and then I went from 3cm to pushing in less than an hour! So a very short active labor.

This pregnancy I had two weeks of false labor, so when I was woken up at 4am with contractions 6min apart, I still told my husband to go to work and I would call him if anything changed (he leaves for work at 430am and works a little over an hour away). I got up when he left, ate and started to empty the dishwasher when the contractions got closer together and more uncomfortable. I decided to call my mother around 530am to come sit with me so I wasn’t laboring alone and could make it to the hospital quickly if need be. By the time she got to my house around 630, my contractions were 4-5 min apart and relatively painful-but i still wasn’t entirely convinced they weren’t going to dissipate like they had been for the past two weeks so I waited another hour and then called my OB, who told me I sounded “too cheery to be in labor” so I decided to come into the office instead of the hospital to be checked. By the time I got to the OB and was checked it was 8:30am and I was 3.5cm dilated so she sent me over to L&D and I told my hubby it was time to leave work! The hospital is about 10 minutes from my OB and by the time I got there and checked again it was 9am (30 minutes had passed) and I had gone from 3.5cm to 6cm! I knew my husband wasn’t going to be there for another hour and I was so worried he wouldn’t make it and upset I didn’t make him stay home from work and the nurses were rushing to get lab work done and iv placed so I would have time to get the epidural! When the dr came in she apologized for doubting I was in labor! It took about 45 minutes for everything to get in place and the anesthesiologist to come in for the epidural, my husband had not yet made it and my mom had to leave the room with my toddler because my sis in law had not gotten there yet to pick him up so I was alone and as he set up for the epidural I started to get emotional, when my husband walked through the door just in time to hold my hand ❤️❤️❤️

Around 10:15am I was feeling good when the OB came in and broke my water, which was heavy with meconium. She told me it is very common, but that I would not be able to have delayed cord clamping, or immediate skin to skin, as the neonatal unit would need to take her to assess as soon as she was born. I was disappointed, but decided not to let it upset me too much. The nurse then rolled me over and put the peanut ball in between my legs around 11:30am when I was 8cm and about 45 min later I told her I felt pressure so she checked me and said it was time to push! They set up, the dr came in and told me she had c section soon and someone else would have to come in to take over depending on how long pushing took. Once I started pushing, Mackenzie Ann was out in less than 60 seconds, weighing 6lb3oz at 12:34pm on 9/28! I had a small first degree tear and Mackenzie was assessed by the neonatal team and given a clean bill of health☺️ so all in all about 8.5 hours from first contraction to the time she was out, such a different experience than when I delivered my son! 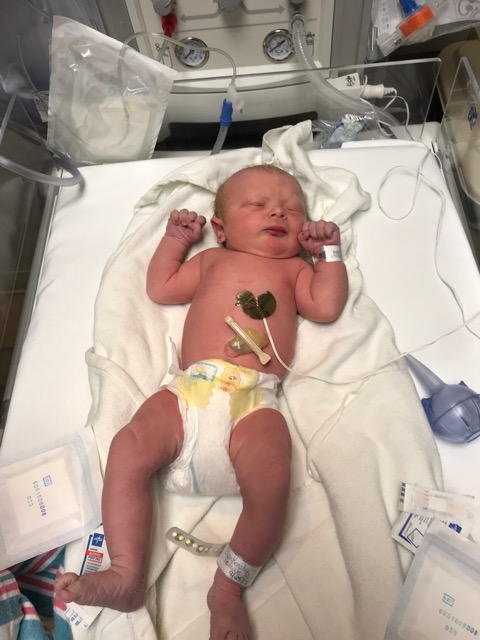 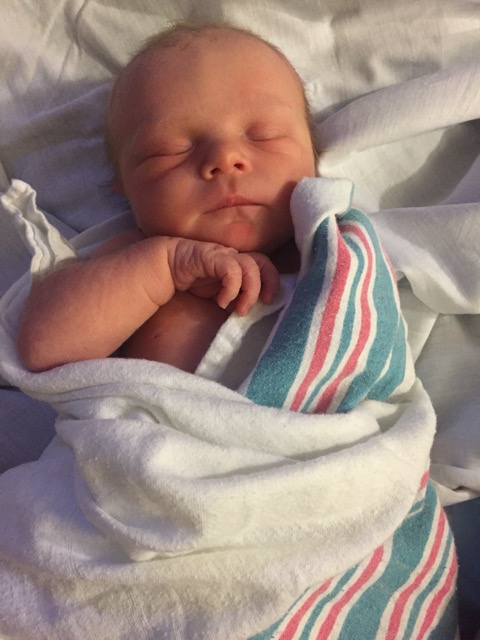 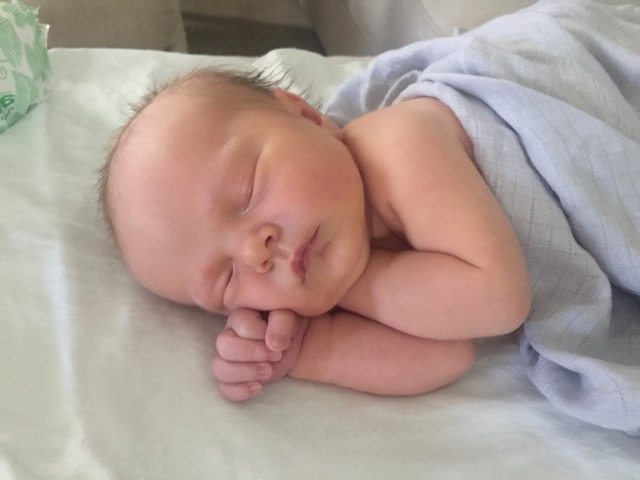