An immigration official demanded DNA testing after he claimed the married couple in the photo looked “alike”! DNA testing was done and there was a 1 in 66 chance that they shared the same mother.

They both have different families, are from different parts of Ethiopia and have a child together.

This is so ridiculous, Ethiopians and North Africans I have found have distinct features, this is NORMAL and present in many other ethnicities (Indigenous Aus, Pacific Islander, Chinese etc) however even myself living in a suburb with predominantly a North African population, am just not understanding how in the world these two individuals “look alike” apart from their hair colour and similiar skin tone!

This seems like an excuse to cover up a personal predjudice against African immigrants (which is a thriving problem in Melbourne).

This has made me so mad to read, as there are many ethnic immigrant couples who look alike, BUT THIS IS BECAUSE THEY SHARE AN ETHNICITY not because they’re secretly brothers and sisters.

Also this has not happened (to public knowledge) 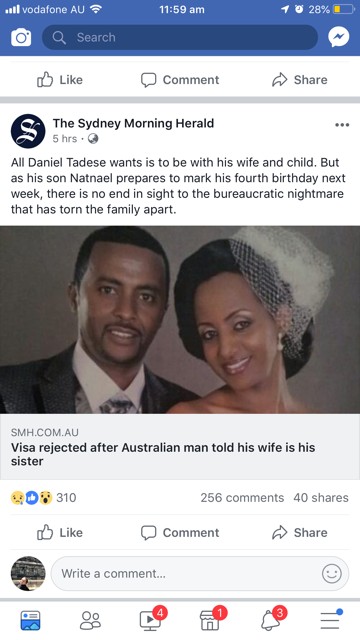