I was due October 20th, 2018. I’ve been so in tune with my body that I just knew my baby would be late. I knew she was going to be a girl and I had a lingering feeling that something was going to go wrong and I would need a cesarean.

On 10.24 I lost my mucous plug at 10 am! I went to class and got sent home because they didn’t want my water to break while I was there😂😂 at 7:30 pm I started having regular contractions. They were 30 seconds-1 minute long and 5 minutes apart!

I had a really bad feeling and I was so anxious so I called L&D after it had been an hour of them. The nurse said “don’t come in unless you need pain meds”. I live an hour away from the hospital and I was overdue. I tried explaining about my contractions again and that I had a pretty good pain tolerance and that I was 4 days overdue. She still didn’t care. So I bawled my eyes out because she was pretty rude on the phone and my mom made me go in anyways. (And I was terrified she’d be my nurse and talk shit about me and say I was only coming in bc I was supposed to be induced the next day)

Anyway, she wasn’t my nurse thank god. My OB was on call and she met me at my room and told me that I was laboring all on my own! So we decided to use pitocin to speed things up (I was 1-2 cm 70% effaced -2 station)

At 3 am they held the pitocin because baby’s heart rate was abnormal. I was given Stadol to help me relax and this helped my baby’s heart rate. So pitocin was started at 3:30am. And I had back labor the whole time🙃

At 5 am I got an epidural. Around 8am my OB game and told me that they’d slow my pitocin because once my water broke I’d progress super quick and she had an emergency in the ER. So around 10am she’s back and checks me!

My water had broke on it’s own and I was 6cm but -2 station. Baby started having late decels. And then she noticed blood. She said “oh that’s not normal”. They started trying to change my position.

This is where everything got terrifying. They had me get on my knees and face the back of the bed. All of a sudden I couldn’t move anymore, I couldn’t breathe, I couldn’t see, and I felt like I was dying. I just knew I was going to die. I told them I didn’t feel good and then my baby’s vitals disappeared off the monitor and blood was pouring out of me. All the nurses kicked everyone out and threw me back onto my back and said they thought my baby had a nuchal cord. I was begging the CRNA to not let me die. Every single nurse on the floor was in my operating room. And then some.

I was laying on the table and the CRNA was pushing my anesthesia through my IV and my doctor said (and I’ll never forget it) “give me the scalpel I have to cut NOW”. And then I was out! (Thank god)

That’s all it took. 4 minutes from me wheeling from my room to the OR to the first cut. 2 minutes to get baby out.

She was so blue.

My doctor said 10 more minutes and we both would have been dead.

The nurses told me that they were on top of me pushing to get my baby out because she was so stuck. They said it was the scariest delivery they’d ever attended. And they also apologized because they said they knew how beat up I was back there😂

They give general anesthesia if it’s an emergency and put you all the way under and nobody is allowed back.

My baby had gotten stuck in my pelvis when she descended and her shoulder compressed the umbilical cord cutting off all circulation to her. As far as the blood goes, I have no idea if my placenta ruptured or what happened. I was too drugged to ask in the hospital and I didn’t get to see my OB at my incision check🙄

But everything i just felt would happen did. And I just think that’s so crazy! I feel like a fortune teller lol 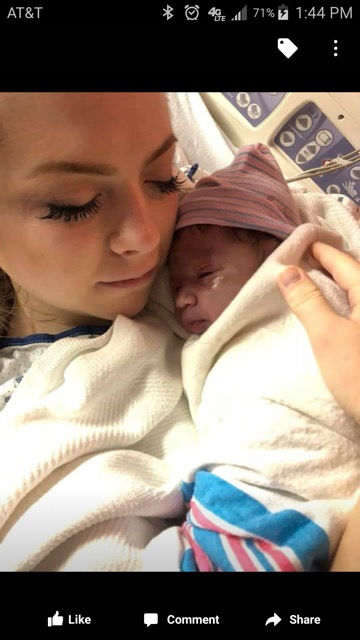 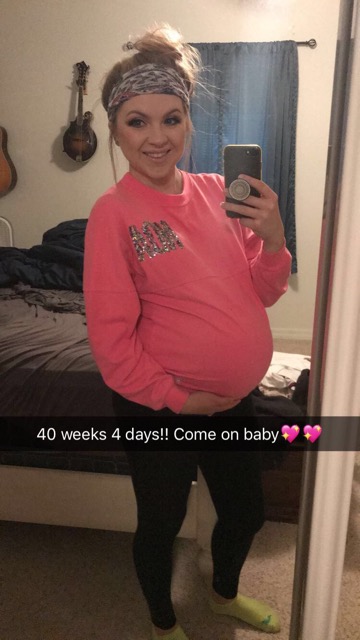 The day I went into labor 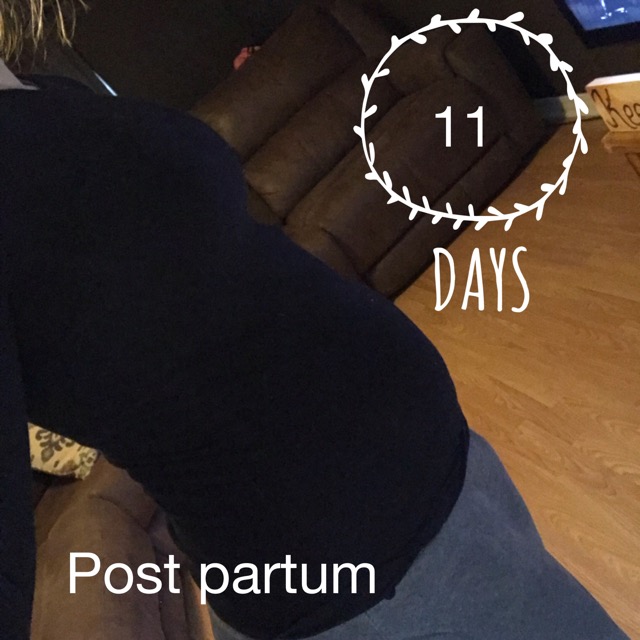 Today! Doesn’t even look like I had a baby!