I took my first test at 5w4d and the positive was blaring. Darker than the control line. I took another a little after 6 weeks and it was the same.

I had a full blown period (heavy, red bleeding) between conception and my positive. We did a beta blood test and at 5w6d it was in the 4000s, and again at 6w3d it was in the 11000s. Which seem to be super low compared to others here.

I haven’t been able to be seen for a scan yet because of scheduling issues but I’m supposed to be 7w3d now. The last couple of days, I haven’t felt much other than bloat and emotions lol. It’s made me nervous so this morning I took another test just to check, and my line is now significantly lighter. Now I’m worried.... anyone had something similar happen? 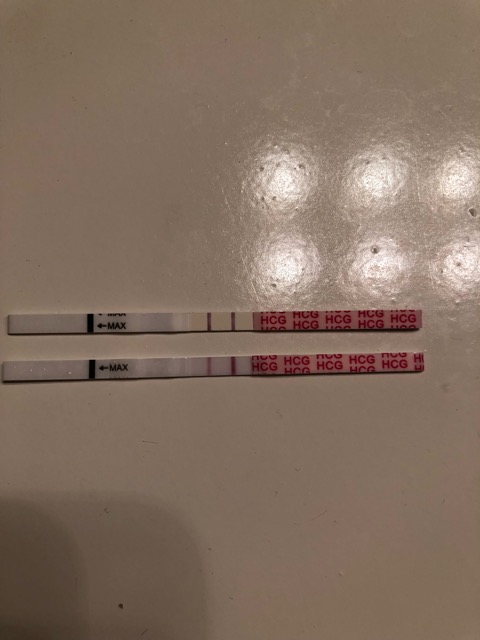