i’ve been talking to this really nice guy for like 2-3 weeks now and i can see it actually going somewhere. he’s so sweet, selfless, funny and never has a negative thing to say. which for me is something so big because all my past relationships have either been the guy always talking about himself or no humour at all, lol. i met up with him 2 days ago and we had a really nice time, i felt comfortable around him and i couldn’t stop smiling. lmao sorry this is so cringe😂 anyways, so we are all good and that but there’s one thing...it’s my cousins best friend. now, he weirdly doesn’t seem to mind because he knows how nice he is and that he will treat me well compared to the other boys i’ve been with. the only problem is that i’m now getting invited by the guy i’m seeing to go out with his friends, including my cousin. this might not seem like a big deal but i just feel guiltily as i feel like i’m interfering or somewhat intruding in on my cousins own little personal life. of course me and the guy can meet up by ourselves but we both go to other schools so seeing each other is hard because we are both quite busy, so any chance i get i,d like to see him. should i carry on seeing him or should i end it, i don’t want my cousin to start feeling uncomfortable or annoyed that this is happening. tbh i don’t think i’ve explained this very well and probably look really petty but i really don’t know what to do x

UPDATE: i’ve been invited now to go watch them play football...i can’t play football and i only know him and my cousin, it could be awkward...should i go or not?

read from bottom- up 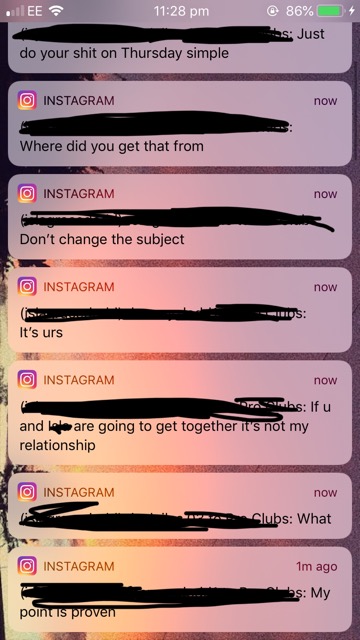 i’ve obviously spoken to my cousin about it because his feelings are more important because he’s family. he said he’s not annoyed at me all, mainly the fact that when he says he might not go all his friends started to panic because it might mean me and the guy can’t meet up...if that makes sense? and i respect how he feels so i decided not to go but see him after -if i can. this means we can talk more just us two as well and get to know each other more x