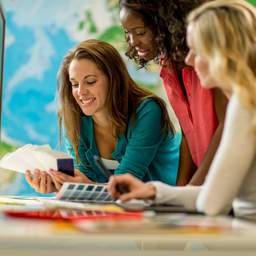 My roommate is the devil for many reasons but this just annoyed me. So I bought myself a little something and the girl I bought it from gave me a deal and threw in something with it and I was like bet great use of my Christmas money. Anyway I brought it in and my roommate was like oh she gave US that you got US that and I was like... haha.... she does that with a lot of stuff I buy for myself. She just uses my shit and mooches off of me. Like for everything. She eats all of my food, uses all of my stuff and just generally has 0 respect for me. We used to be really good friends and then I moved in with her an found out she’s a compulsive liar, manipulative, cruel, condescending, narcissistic and feeds off drama. Anyway, how the hell do I get her to at least stop using my stuff? I was thinking next time she does the “us” thing saying something along the lines of “um I bought that, there is no us in this. At all.” But idk if that’s just rude or not. I’ve been living with her for like 6 months... just 6 more. Hopefully I don’t blow my brains out before then, although that’s cheaper than trying to get out of this fucking lease.