My first pregnancy I miscarried in February of 2017. We have been somewhat trying since then. I had been to the obgyn and they had me on clomid the first 14 days following the last day of my period to help me ovulate. I would then had a shot on the 14th day along with an ultrasound to make sure I was ovulating but this was never successful. I think it was because we did not have sex the day I got my shot because we started fighting or one of us was in a bad mood. Not sure if I unconsciously was sabotaging because I was scared to have a positive and then have another miscarriage. So we decided to pay off some bills before we actually started really trying again. I kept track of my periods and when we had sex only. Well this morning I just had the urge to test since I was 4 days late today and......... it happened!! Here’s to this one sticking!!!!❤️🤞🏼 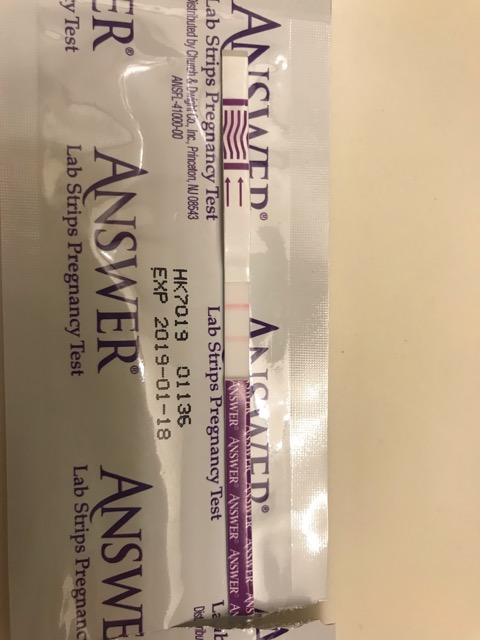