My period is super regular. Always comes on the day expected, sometimes a few days late. I’m 11 DPO (now 14) and AF is due in 4 days according to Femometer. On Sunday (the 20th) night I started having cramps in my stomach on the left side, sometimes they would migrate lower to my cervix. I was laying on my stomach on the couch and if I arched my back they would get worse. I woke up with them again on Monday morning (21st) and they were off and on all day. I’ve been slightly nauseous but not enough to bother me or make me sick and it usually goes away pretty quick. The cramps came back Wednesday evening and have been off and on since. I’ve also been experiencing headaches, peeing a lot, and a thick, clear discharge, mood swings (last night I was upset because my boyfriend was spending quality time with my sister, and I never get like that, not the jealous type.) I talked to my friend on Monday and she told me to take a test, I took a FRER and I think I saw a vvfl.

Side note: For the past 2 weeks I have been having dreams about taking pregnancy tests and seeing that they are positive. I even had one where I actually saw our baby girl. Wednesday night I had a terrifying dream that I took a pregnancy test, and while it did say it was positive, beside the plus sign was the word “demon” in all capital red letters.

Did anyone else experience these odd dreams before finding out they were pregnant?

Another side note: I started using the Nexplanon from 14-17. Started taking the pill (Nikki) is April, and stopped taking it shortly after (can’t remember exactly what month.) Started TTC in October.

Saturday (the 26th): while my boyfriend was at work, I was cleaning the house and I sat down for a break and I started having excruciating pain in my stomach. I was about to call my aunt (who’s also my primary care doctor) when it stopped, so I went about my day and kept going and that was it for cramps that day.

Sunday (the 27th): My boyfriend made dinner (shepherd’s pie, corn on the cob and green beans). I hasn’t eaten much all day bc I had a fever and a severe head cold, so I ate 2 plates full and cleaned the kitchen. We are around 6:30-7:00. Around 9:30, my stomach started hurting so bad. I thought I was gonna throw up so I went in the bathroom and sat down with a water bottle just in case I did throw up. I didn’t throw up but I did end up having diarrhea (TMI, sorry.) I felt better after that and went to bed with regular menstrual cramps that I’d been having for about a week.

ready for work and felt a little wet in my underwear. Went to the bathroom, saw it was just discharge. I wiped and there was light red on the toilet paper so I put a pad in my underwear just to be safe. It’s now 9:30 and I’m at work. I’ve bled more and it’s definitely AF. My cramps are excruciating, I’ve taken Excedrin Extra Strong and I’m trying kegels and drinking lots of water, but nothing seems to be working. Looks like we’re out for this month unfortunately 😞😞 I also went to the doctor today for the cramping that was sooo bad. It’s never been this bad! She had to give me a pregnancy test and it was negative. She also wants to put me on Seasonale (birth control) for 3 months to see if that helps my cramping...

We were hoping for a Valentine’s Day announcement but that won’t be happening anymore I guess.. I do however ovulate around Valentine’s Day, so maybe February will be our month! Praying for a November baby!! ❤️❤️ 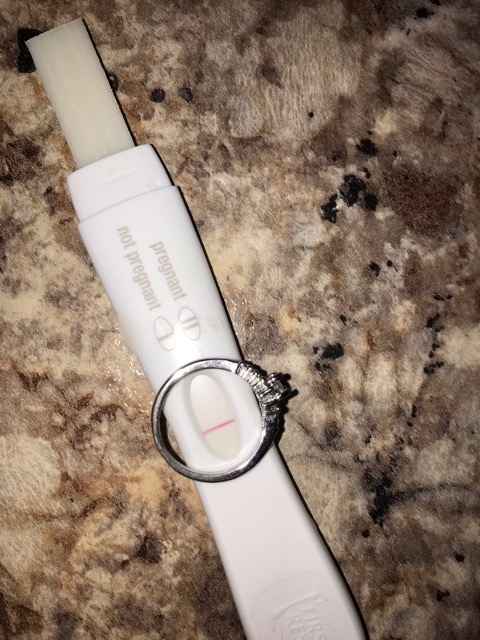 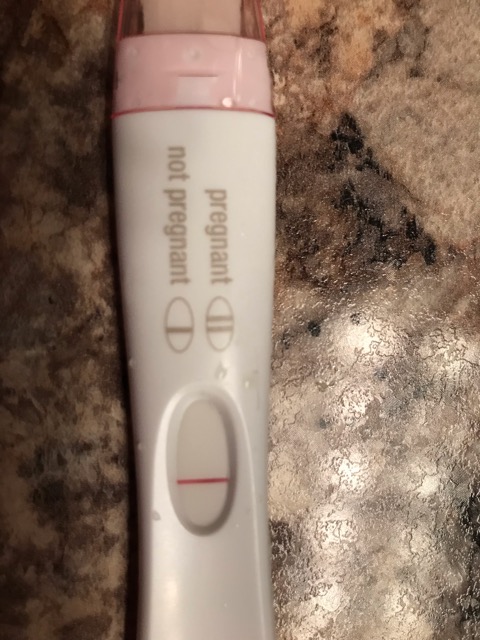