Probably the Longest Birth Story Ever.

I was two days shy from 40 weeks, January 14th of 2018, it was maybe around 10 am when the feeling that I’ve peed myself woke me from sleep. I got up went to use the bathroom, peed, changed my panty liner (I had began wearing them a little while before due to little accidents I would have daily since baby was so low and heavy on my bladder) and went right back to bed. Around 11 am again the feeling woke me and it was a lot more than the first, still a little delirious I thought I had peed myself again. This time when I went back to bed I felt yet another large splash in my underwear and that’s when I realized this could be my water that broke.

It was a little confusing for me because I have two older boys and my water never broke at home. With my first (who was almost 21 years old at that time) I was 3 days overdue and the nurse broke my water. With my second (who had just turned 14 on December 14th of 2017) was 10 days late and the water didn’t break until I was in the hospital already, plus it was a huge gush. So not only was this baby boy early by 2 days but the water was coming down in small amounts. I guess I shouldn’t have been expecting things to resemble my first two experiences being that it had been 14 years since my last birth lol. This mama was starting all over again and my body has changed in leaps and bounds since!

Anyway, my then boyfriend (we’re now engaged) had come in the bathroom and I immediately told him “I think this is it.. I think it’s happening”. He began to run a warm bath for me and I sat in the tub for a little while but not too long because with my last pregnancy I literally gave birth within the hour of my water breaking and so I was afraid that things would start progressing quickly so decided it’s probably wise we begin getting ready immediately.

There had recently been a snow storm and the streets were covered in snow and so I suggested we go and move the car to the right side of the street while it was still early in the day. For those who live in New York City, y’all know what I’m talking about! However, those plans quickly changed when I felt my first serious contraction. It literally felt like my abdomen was on fire! I don’t know if this is what “front” labor is supposed to feel like because I’ve only ever had back labor, and it was an absolute nightmare. I mean, a burning sensation??! 😖😰

I proceed to call a Lyft because I can’t walk and I’m still leaking onto my panty liner with every step. The hospital is literally a 5 minute or less drive so we make it there in no time breathing through the contractions which were about 5 minutes apart. As I predicted labor was progressing very fast! It had only been about an hour since I began leaking amniotic fluid and feeling light contractions. I get wheeled to L&D where they begin to ask me a series of questions and I’m like, “Miss please hurry cuz I delivered very quickly last time.” I didn’t want to be bothered with a bunch of questions! She’s like yes we’re trying to get you inside as soon as possible.

In the temporary room they try to hook me up with the heart monitor; I HATE that device! Because it’s so uncomfortable and during the contractions it hurts to have it on! I remember this was a huge issue with my last labors because I’d keep taking it off. I hate to be touched and have anything on me when I’m in pain, that machine, although I know it’s necessary, is another element of pain I have to work through and I’m sorry but I can’t do that. The nurses were getting increasingly annoyed with me because A: I couldn’t answer all the questions they insisted on asking me while I’m in pain! And B: I wouldn’t keep the heart monitor on. I was thoroughly annoyed and getting more and more upset with this one particular nurse who was being extremely persistent and inconsiderate. Another nurse came in the room and had to ask her to let me get through the contractions before asking me anymore questions! Aren’t you supposed to be a professional? Don’t you see this everyday? So why does someone else have to come and basically teach you proper labor etiquette?? This same nurse had the nerve to push the heart monitor onto my belly when I was in the middle of a contraction and I yelped in excruciating pain! I immediately as a reflex pushed her hand away from me and that’s when my hubby (I know we’re not married yet but I never liked calling him my boyfriend) stepped in and told her to back all the way off! She then came in my room also alone and asked me if I even cared for my baby’s health, again while I’m in the middle of a contraction! Anyway, I don’t like to even remember that nurse because I get sooo angry all over again!

I never had an epidural before and I was hell bent on not getting one this time either so after being wheeled to my actual L&D room and asked if I wanted one I immediately said no. Hubby and I had our birth plan written up and were doing our best to stick to it. I tell you those nurses hated me because of the issue I had with that one nurse and for refusing to keep the monitor on. I didn’t mind someone holding the thing lightly on me to check but to have it on the whole time, I just couldn’t do it. I also hate iV’s but didn’t give them any trouble in that area. With my first delivery No1 put an iV on me and with my second I refused it during labor because I had been traumatized by a nurse who hurt me so bad in trying to find a vein at the beginning of that pregnancy. The fight behind the heart monitor was too intense for me to also fight them against the iV as well so I just let it be and was sooo uncomfortable the whole time there! It was so unnecessary too because it was never needed as I already knew it wouldn’t.

Now I felt like I had to go! I had a lot of pressure, I could feel the baby’s head right there ready to come out! When I alerted the nurses, they lied to me!! They were insisting on an epidural but I was refusing, I mean I couldn’t believe that these women were making my life a living hell during labor! Like why don’t y’all just leave me to labor in peace! I know my body! I know what it’s doing, thanks to the Lord I’ve never had any issues before and I was on the same track now.

So one of the nurses comes to check me and tells the nurse, oh she’s only 4 centimeters!!!! THAT WAS A STRAIGHT LIE! But unfortunately I believed it out of the desperation of the pain I was in and thought, “if I’m only 4 centimeters in this much pain and with this much pressure, I’m NEVER going to make it! There’s just no way!” So I asked them for the epidural and immediately felt like a complete failure! 😔

By the time the anesthesiologist got there my whole body was convulsing. I was shaking so hard thru every contraction and the feeling of having to push was stronger. BUT according to the nurse I was only 4 centimeters so I didn’t think that I should ask to be checked again. The epidural took a while to administer, it was so hard to hold the position there. Once in I was only completely numb on my left side, on the right I could still feel the burning sensation of the contractions and had to breath thru it anyway. Literally less than 15 minutes after the epidural, the actual doctor came in and checked me and said, “oh you’re ready now!” THATS when I realized I had been lied to! I KNEW I was ready to push or just about! About 6 pushes later and within 2 minutes, my beautiful little prince was born.

All my boys were born on a Sunday and my first son was born at 3:39pm which I thought was pretty cool.

If you made it all the way to the end, thank you for sticking it out! This is my first real post on here except for a question I asked just last night. My favorite thing to do on this app is read everyone’s birth story. I literally spent hours of my week reading them and the longer they are, the more I enjoy them.. I’ve been wanting to write mine, but knew it would require some time and that’s not something I have a lot of anymore 😝 My baby just turned 1 and I’m also 25 weeks pregnant, expecting my first girl! We’re all so excited! Praying that the next time, God will bless us with angels for nurses 🙏🏻 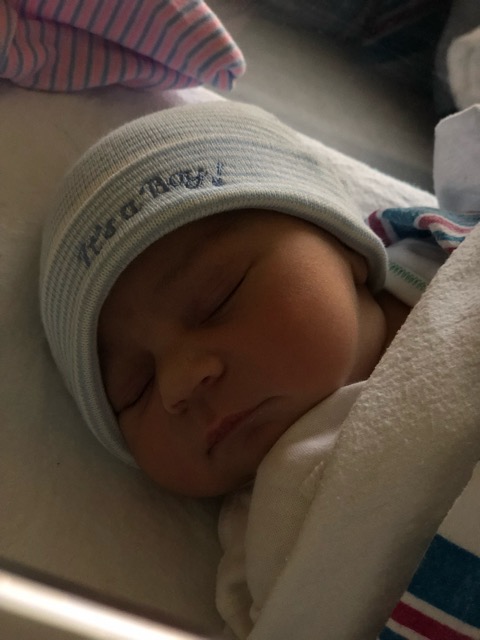 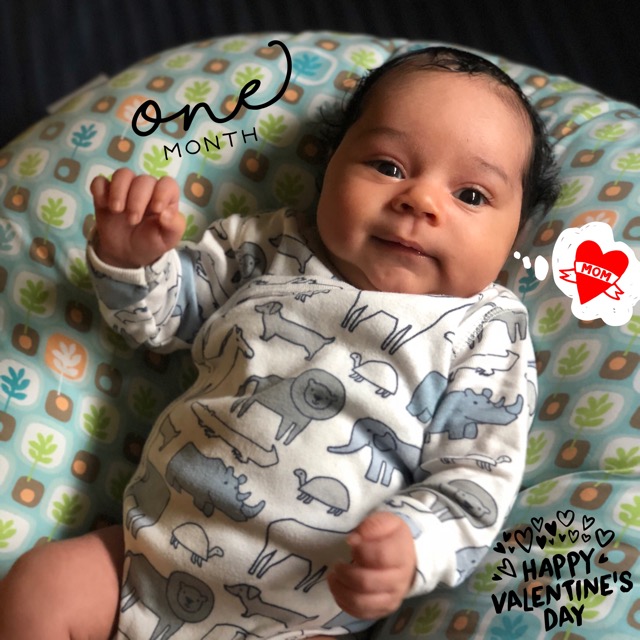 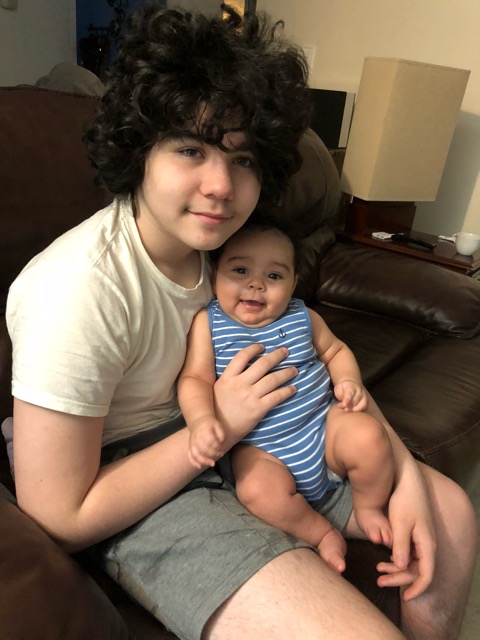 Matthew with his brother Marquis 🥰 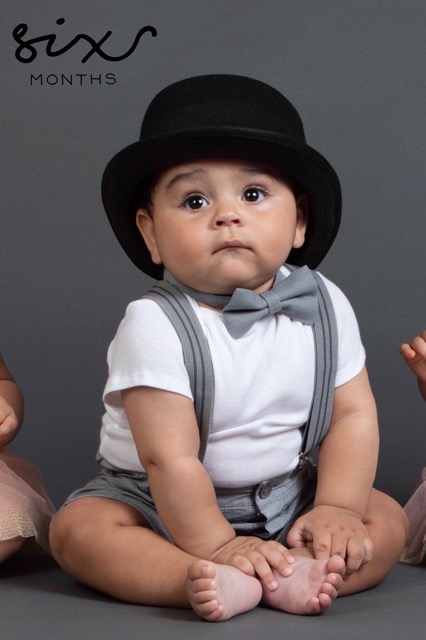 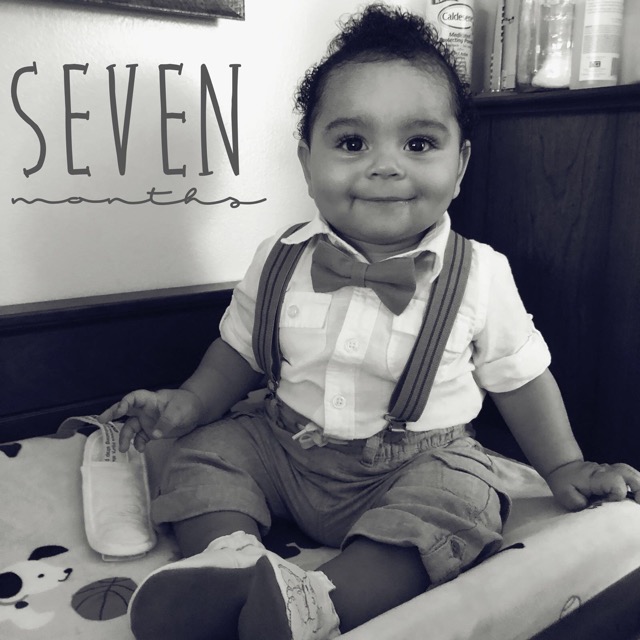 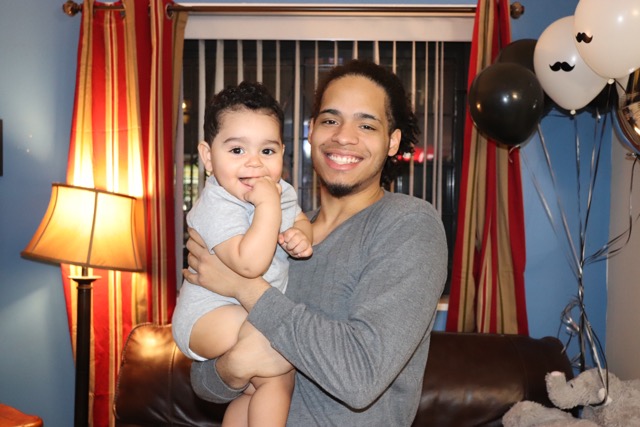 Matthew with his oldest brother Andrew 😊 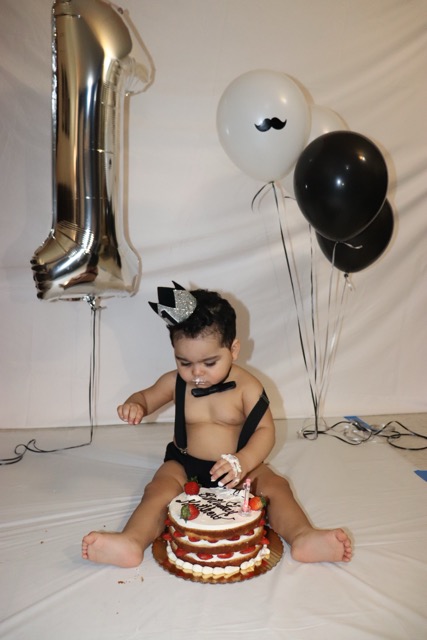 This was our amateur cake smash shoot lol on the day of his birthday. 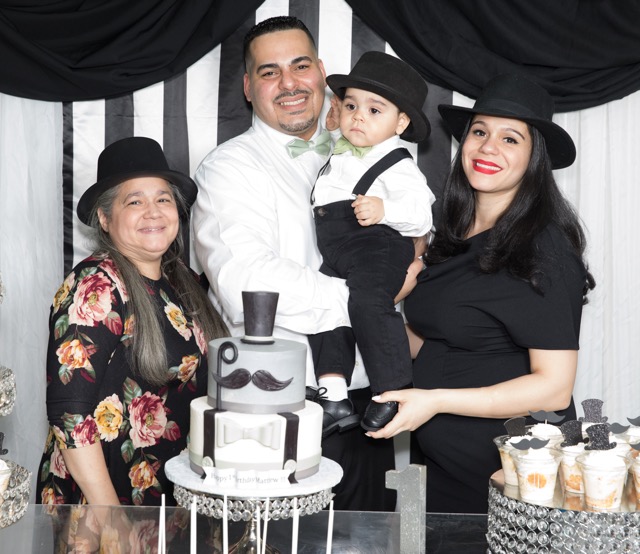 This was at his 1st birthday party with mommy, daddy and nana ♥️