So my daughter is a little over 8 months and I’ve very saddened to admit I bought her first box of formula today. Since the beginning I had a very hard time pumping, and when I went back to work I had a good amount of milk stored in my freezer. That was until I found out my daughter absolutely hated the frozen milk... so I had to pump everyday to make enough for the two days a week I went to work.

Lately it’s been getting harder and harder to get enough so I made the decision to start supplementing. Since I always can make enough for 1 bottle I am going to be giving her 1 BM bottle and 1 formula bottle (only the two days in at work) I feel sad and defeated but I know it’s best for her to be fed then not fed. I’m not against formula feeding at all, I just wanted to hit my goal of a year of EBF. I did hit my goal at 6 months and that’s when I extended to a year so I try to tell myself I already beat my first goal.

Anyways point of this post is to know if any other mamas are in a similar situation or supplemented I bought the Enfamil neuro-pro gentlease. I wanted to get the Honest company formula but after going to 3 stop n shops- none of them had it and the baby was getting fussy so I settled for this. 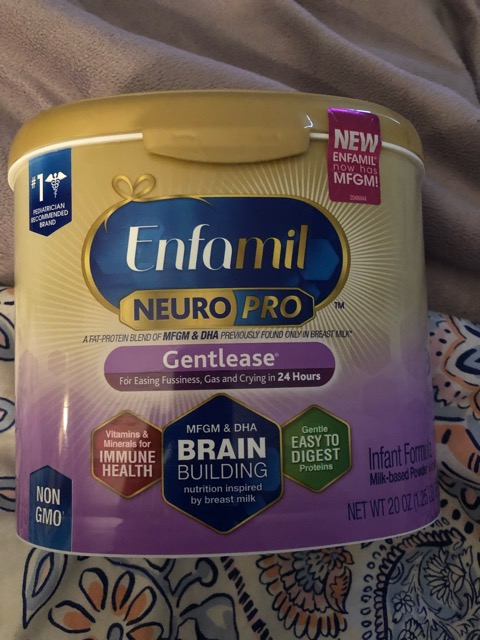