Sexplanations
Everything you ever wanted to know, but were afraid to ask.

I just turned 17 years old and I’ve always had problems with my vagina being itchy and having odd clumpy discharge, sometimes with or without an odor. I never was concerned about it because I was a virgin and I couldn’t have an std. it was just very annoying cause it would get very bad and I would be constantly wanting to itch. It wasn’t bc i wasn’t clean. It would get bad and then I would complain to my mom about it and she would want to make an appointment but then the itching and discharge would clear up within a few days so I wouldn’t need to go and then it would come back randomly and the cycle would repeat. I narrowed it down to soaps irritating me. Now I just turned 17 at the end of last month. I lost my virginity to my boyfriend around October when I was 16. We always would use condoms.. but just recently we would start having unprotected sex for like maybe 20 seconds cause it felt way better than condoms, but around last week I started getting symptoms of a UTI. I’ve had them before. It would burn when would pee and i would have the urge to go and just dribbles would come out. I went to the doctor but the test came out negative but she said she was gonna send it in for a culture but put me on antibiotics anyways. She asked me if I was sexually active but I said no cause my mom was there and I got scared i wish I would have asked to talk to her alone. I was on antibiotics for 1 day and I started itching and having the weirdest discharge just like before I had sex. I’m known for getting yeast infections from the antibiotics but i don’t think it would happen that quickly especially cause I’m taking a probiotic. I took the antibiotics for a couple full days and my symptoms haven’t changed at all. But its only burning when I pee 50% of the time but my whole vagina is burning and itching 100% of the time. Do you think the discharge could just be like a repeat of what would happen in the past to me? My boyfriend has had sex in the past and said he always used protection and gets very upset when I question whether or not he could have an std. also it’s weird my eyes are very irritated and red and itchy just recently and i read that that’s a symptom of gonorrhea/chlamydia.. also I have muscle aches but idk if that could be from a bladder infection. It’s bothering me very much and i want to get checked for stds but me and my mom are not on good terms rn and she would flip out. Is there a way I could get checked without her knowing since I’m 17 now? But if they find something will I need her permission to be treated? I don’t have the money to spend on that rn unless my boyfriend payed for it. Help I need advice what do you think it could be?? Should I wait to see if the culture for the bladder infection comes back or should I work on getting the std thing checked? 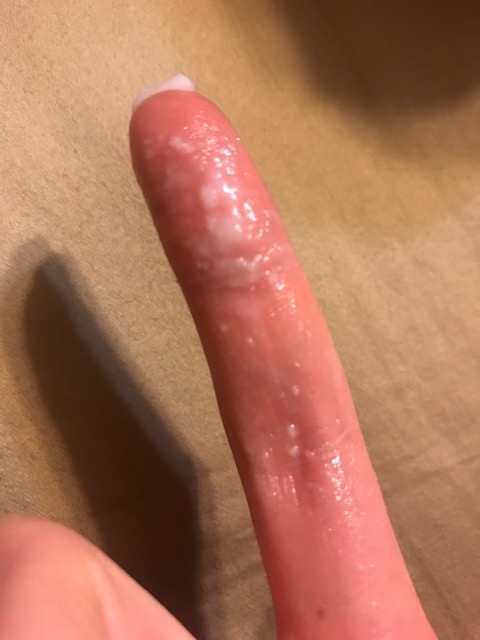 This is the lightest my discharge has been. This whole day my finger would be covered completely in super thick clumpy discharge. It doesn’t smell bad it just makes me burn and itch like hell almost leaving burn marks around the area between my butt and vagina and up near my clit making it raw it’s so annoying I just want it gone