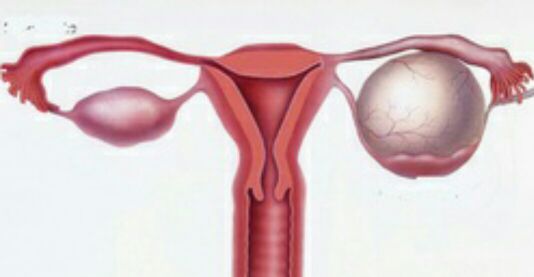 Ovarian Cysts
For people who struggle with ovarian cysts that have an impact on their normal lives.

Sooo for a while now I’ve always had pain during intercourse, only on my right side, and dealt with occasional “sensations” for a day or two that feels like air is stuck in my groin if that makes sense, because it’s not actually pain it’s more uncomfortable. I’ve always had sharp pains every so often in the same spot, and when urinating there are times I don’t feel like I peed all the way, almost as if something is blocking my urethra? And also sciatic back pain. These symptoms have been on and off for a couple years.

Two nights ago I realized my underwear was wet when I went to the bathroom, and i thought it smelled like urine but it could have been just from me going to the bathroom. Yesterday at work I don’t know if it was fluid, discharge or urine but it was almost a constant leak and I actually went through my work pants. Today I wore my thinx underwear but I still feel leakage and it’s very uncomfortable in my groin on the right side. Also had sex last week and it was like a knife was stabbing me, so worse pain I’ve had since all these symptoms began. I don’t have consistent pain

Could this pee a uti or kidney infection (always have had back pain but the last week or so it’s been really bad on my right side at my kidney) or a cyst?? I’m going crazy and have no insurance atm so I can’t seek a doc for a few weeks unless there’s an emergency. Helppppp