A little background: My due date was Friday, 2/8. I went for an ultrasound that day because on Thursday, the midwife at my doctors office said she thought the baby was measuring big. The ultrasound showed that she’s measuring approximately 8.8lbs (could be one pound over or under that estimate). The tech also said that our little girl is probably going to be quite long (“that’s a long leg!” She exclaimed 🤣). I have Antepartum Testing scheduled for today at the hospital and a follow up doctor appointment scheduled for tomorrow to review the results from both the ultrasound and the testing. After the weekend I’ve had I plan to call the doctor as soon as they open today. I’m mostly just here to vent and hopefully find someone else who has had a similar experience.

I woke up Saturday morning at 5AM to serious cramping in my lower abdomen. Much different then the Braxton Hicks sensations I’ve experienced over the past few weeks. They continued and I started tracking them at around 5:30AM. They were about 7-8 minutes apart until 8AM... At which point my husband woke up and I updated him on my exciting morning! We reviewed our plan for when we go to the hospital (we won’t go until they’re 4/5 minutes apart), and realized we had enough time for him to walk the dog, me to shower, etc. Then the contractions started to slow down and eventually came to what seemed like a grinding halt by 1PM (only once every hour or so). It was quite the bummer. We ended up just hanging out most of the day to see if they would start back up again. They didn’t.

Sunday night we went to bed and I was experiencing the same contractions, only this time with back pain, once every 30 minutes or so. At 1:50 they became more frequent but not quite as consistent, one every 4-20 minutes. Until 6AM. They went back to the random once per 30-60 minutes by 9AM. At which point I said screw it and stopped tracking them for most of the day. I managed my way through random contraction as my husband and I went out for breakfast, exchanged some baby clothes at the store (realizing the way she’s measuring, not sure how many NB sizes we are going to need 😝), food shopping, and some light food prep/cooking. I also napped and then at 6PM the contractions became more frequent and intense, every 6-20 minutes or so.

They continued throughout the night but I was so tired and loopy from constantly being jolted awake that I could barely keep track on the app. As I’m writing this I’ve been awake since 4:40AM (it’s now 9AM) because they’ve been happening every 9-17 minutes. I’m pretty exhausted but mostly just bummed out that they seem to be leading nowhere. I just want our baby here 😢 Has anyone experienced this before? 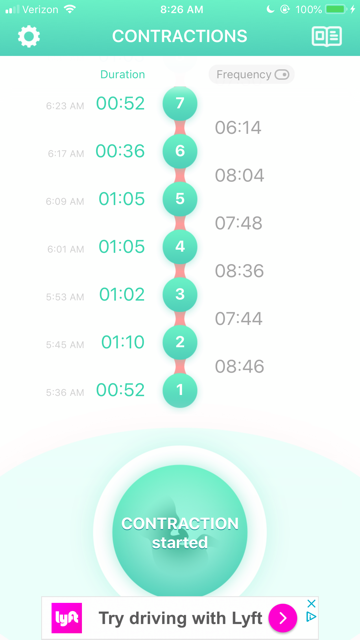 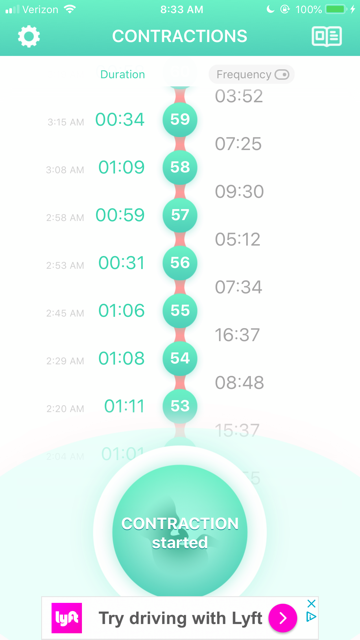 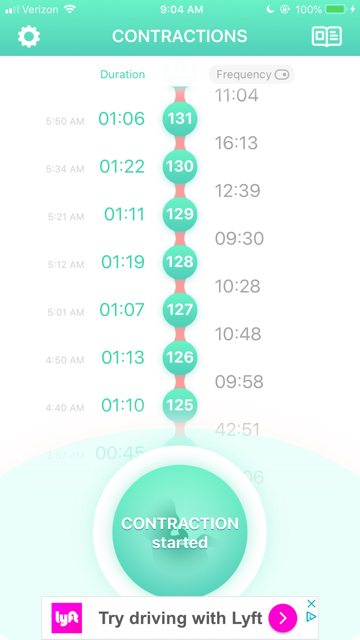