Almost didn’t make it to the hospital

On February 1 I went to the doctor and my doctor gave me an exam. He said I was 2 cm diluted and her head was right there. On February 6 I start having contractions at 9pm until 3am. The contractions was nonstop and were 10 mins apart. I was able to deal with each contractions. They didn’t hurt that bad. I was finally about to go to sleep at 3am when they stopped. On February 7 I woke up and was cramping but I didn’t think I was a big deal because I was able to do my daily activities. I went to the store to pick up a prescription then went to visit my mom. When I was at my mom house I would have a contraction but they wasn’t back to back. She told me to go home and lay down. Her exact words were “ you going to have her between today and Monday”. I left and went shopping for the things I would need for my delivery. It was my last thing I needed to do before my delivery. My boyfriend said it would be good exercise so I didn’t complain. I went home and took a nap. While sleeping I had an contractions that was so strong it woke me up. I start timing the contractions and they were 5 mins apart for 2 hours. I was home alone the whole time. In between the contractions I would finish cooking my dinner. While in the kitchen cooking if a contractions came I would put my forearms on the counter and lean over. That position took the pressure off my back. The contractions start being 3-5 mins apart. After 4 hours I went to the bathroom and I wiped and seen blood, that’s when I finally told my family what was going on. The contractions started to get harder to deal with. Being on all fours really helped during contractions. That’s the only position I liked at this point. I tried to stay home until my boyfriend got off work at 11:30 but the contractions was becoming harder to deal with. My mom called and she heard it in my voice that I was in pain so she said she was on her way. When I got in the car with my mom, my water broke. When my water broke, I immediately got the urge to push. I couldn’t sit in the car, I had turn into the position were I’m on all fours in the passenger seat. I told my mom I need to push and she told me not to but I didn’t listen. She called the police because she knew she wouldnt get me there in time. We get to the police station and they put me in the back on the bed and start asking questions. They said my water didn’t break because my pants wasn’t that wet. I had a pad on so the water was barely on my pants.He asked me to pull my pants down so he could see if I was crowning and he said I wasn’t but I knew I was. He barely even looked in between my legs. That’s when he seen the pad and said “your water did break”. I asked could I take my pants all the way off because I was uncomfortable. He kept saying “you got a while to go because it’s your first child and you still have to dilute”. I knew her head was right there because I felt a big difference when my water broke. We finally arrived to the hospital and they took me to the ER. I immediately told the lady that someone needed to check me and they didn’t listen once again. They went to get a wheelchair to take me to labor and delivery. I tried to sit in the wheelchair and immediately stood back up because it hurt. While standing I said once again “someone need to check me”. The lady finally look in between my legs and seen the baby head was right there. She yelled “we have to get her in bed, the baby coming now. They got me in a bed and a million people came in the room. I told them I need to push and they told me to go head, I pushed once and her head came out. The doctors asked did I want to touch her head because it’s right there and my response was “I know, I been saying that the whole time”. I pushed 2 more times and she came out. She was born at 10:23pm. I delivered my daughter( my first child) at 36 weeks and 3 days. I wasn’t due until March 4. She weighed 5 pounds and 4oz. Her name is Milo. Even though she was “preterm”. She was healthy. We got to go home in 2 days. I delivered her with no meds and I didn’t tear. I know usually first time moms be in labor for 20+ hours. I was in labor for only 5 hours. I’m blessed. I’m healthy and my daughter is too.

My advice for future moms: if you feel like the doctors ain’t listening to you then you have to make them. I knew I wasn’t still diluting. I’m glad I stood up for myself and didn’t listen to them. 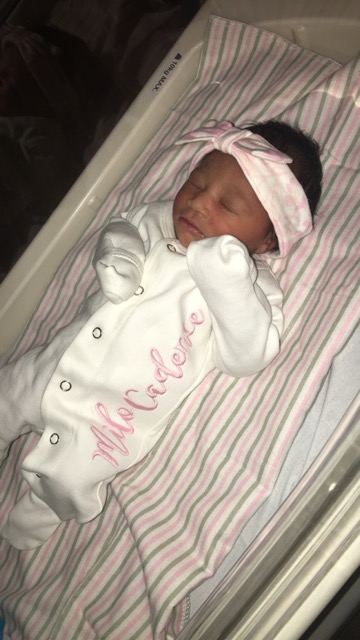