My December baby became a November baby and now he's 3 months old. New mom life made me forget I wanted to post my story, but for the first time EVER my little man went to sleep at 8pm and Mama has a minute to think. So here it is 😬

I woke up to a normal day and decided I was going to deep clean the recliner/rocker I was putting in the nursery since it had been in storage for a year. It was November 5th. I spent the morning cleaning the nursery and around noon I started deep cleaning the chair. At 2pm I noticed a little bit of wetness in my pants and I just assumed I peed my pants because 35 weeks pregnant lol. I went to the bathroom, wiped up, and went back to cleaning. 30 minute later, it happened again. I decided to call my mom because there's no way I peed my pants twice. I was home alone without a car, so I called her and asked her what it smells/looks like when your water breaks. She talked me through it and we decided it was my water leaking. Then I called my midwives at 3pm and they told me to come in at 4pm for an appointment to test the fluid to make sure it was amniotic fluid that was leaking and not something else. I called my mom back and asked her to pick me up and then I called my boyfriend since he got off work at 3pm and told him what was happening and to meet us at the hospital instead of coming home. My mom and dad drove me.

On the way to the hospital, my water broke, roughly 3:30pm. I dropped my water bottle and it spilled everywhere and my dad started (jokingly) yelling about how I can't keep any of my water where it should be lolol. So since my water broke we went to the emergency entrance instead of to my appointment. I was sent up to be examined by my midwives at 4:30pm in the triage room in L&D.

I was told that because I was only 35 weeks and 1 day, the midwives would not be handling me since baby would be premature. I sat in the triage room with an IV of antibiotics for baby and for me until roughly 6:45pm. I was then brought to my room, my new doctor came in and checked me. I was already 6cm dilated 75% effaced at 7:00pm and I felt perfectly fine. The contractions were somewhere between painful and annoying. I was still able to talk through them and even called my best friend to come hang out for a bit and bring my boyfriend food (he wanted a Whopper lol)

She got to the hospital about 7:50, came in and talked to me and hung out.

At about 8:45 I felt a pop after a large amount of pressure, which was apparently my SECOND water breaking (thats what the nurse said but it was more like the baby moved into position and allowed the rest of the water to come out) and then a very intense contraction that made me yell at my boyfriend. He was watching a video on his phone and I had already told him I was having a contraction and he didn't put the phone down, so I yelled at him - "Put your fucking phone down right now!" like YELLED at him lol. And he was like "Oh shit. It's like TIME time." 😂

I told my best friend she could go. I didn't say it nicely. I was more "time for you to leave me alone"

My nurse came in after I called her and she checked me again. I was 8cm dilated. I told her I wanted my epidural and she called the anesthesiologist right as my best friend was leaving at 8:50.

Right about 9:00pm the anesthesiologist came in, explained some stuff to me, made me verbally agreed and sign papers. The epidural was placed by 9:10. While he was placing it, I told my nurse I felt like I needed to push. I felt like it was time to push. She said as soon as he placed it she'd check me again but she just checked me 15 minutes ago and I was only 8cm. I said "Well I'm not anymore. Check it again." As soon as I laid down (about 9:12), she checked me and I was 10cm dilated, so she called the doctor and said I was ready. He told her to go ahead and start pushing with me and he'd be right there.

I started pushing at 9:15pm and my little man was born only a couple minutes after the doctor walked into the room. I had no tearing, no soreness, and only 3 weeks of postpartum bleeding. 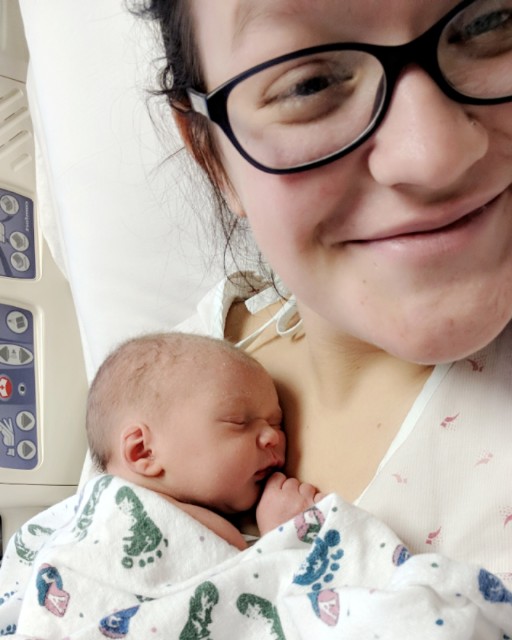 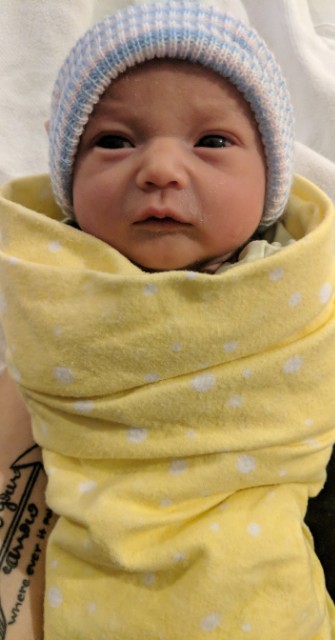 And here he was on his due date, December 9th. ⬇️ 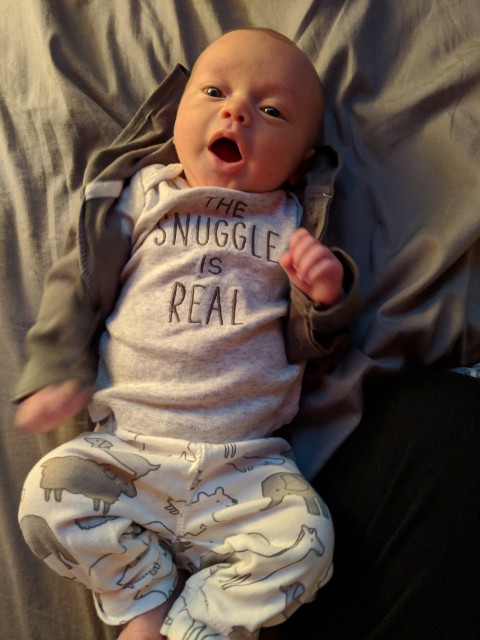 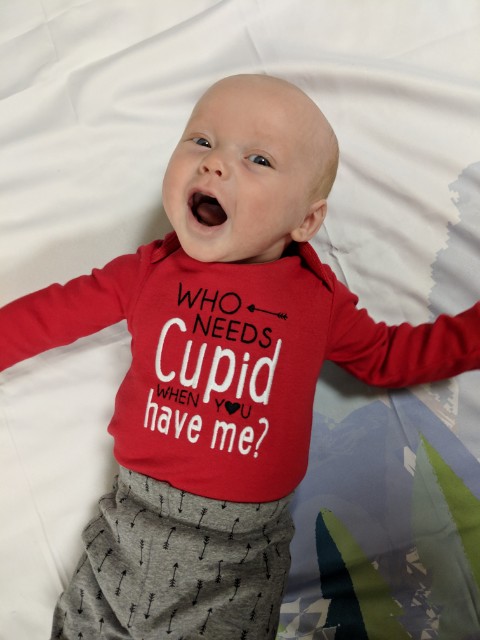