So my son has silent reflux. Which is terrifying because he'll randomly choke on spit up. And I'm scared of aspirating:( he has decided he hates his rock n play and wont sleep flat. So I have a Cuddle U, which is like a Boppy but it has a strap to keep them from sliding down, and that's the ONLY way he will sleep. I slept with him in my bed and he was in that all night and was fine, didnt slide down, and slept all night only waking a couple times to eat. I also sleep with my hand on the strap so it he starts to move I wake instantly. I know this is a hazard, but everything is basically a hazard. I really hope I can get him to sleep somewhere else :( I'm so scared he'll hurt himself but I'm scared of him choking too and the rock n play makes him too slouchy and he starts choking on stuff in there roo, which is probably why he suddenly hates it. Ugh. So frustrated and sad about this :( once again, it's not a boppy. It has a strap that goes between his legs and I've actually tried to pull him down to see how secure it is and he didnt budge. But, I know it's not ideal and anything could happen. Why are babies so hard?! 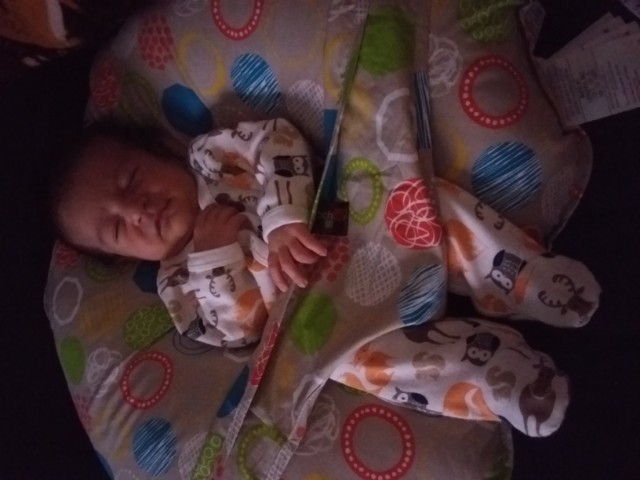